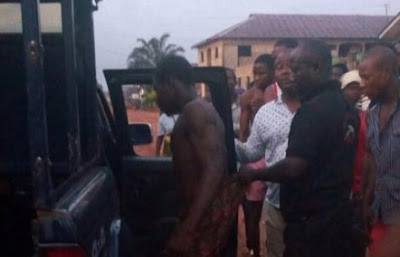 A selfish robber caught after he burgled an apartment in Benin Edo state around 4am yesterday escaped death by whisker when residents descended on him.

The suspect whose name was not disclosed got the beatings of his life at a house on Upper Sakponba road in Benin city yesterday after he broke through the window in an attempt to steal some valuables.

The same thief was alleged to have invaded a nearby house a month earlier.

Behold his last attempt to rob residents of their valuables failed. He was beaten to stupor and handed over to the police.

Here are some disgraceful photos of the suspect currently in police detention. 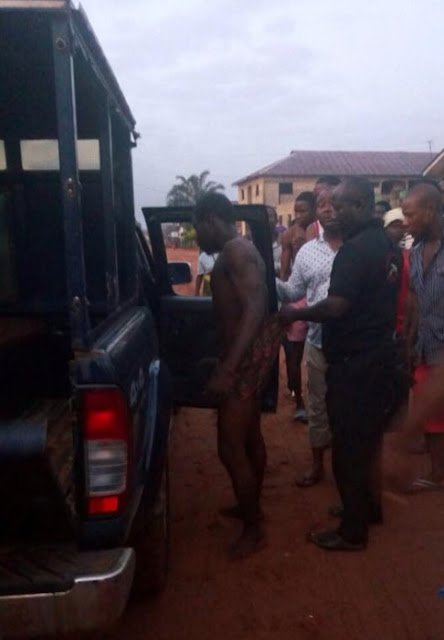