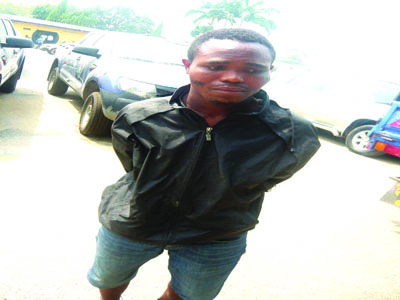 The popular aluminum fabricator in Alagomeji area of Yaba Lagos, said he is a member of a 3-man gang that specialised in robbing people with motorcycle.

“I am an armed robber. We are three in number and we used to do stop and search operation and the total money I have made in armed robbery is N500,000. I started robbing in 2014 when I came out from prison in 2013; I went to Ikoyi prison for some months after being arrested for robbing a whiteman of his phone in Ikoyi Club.

“In prison, some inmates are bad and some are good. The bad ones learn bad things. I joined Eiye Cult in prison, they beat me and gave me water mixed with pepper. They later gave me orientation. When I was leaving prison, they gave me the name of an arms dealer who will give me gun. His name is Segun. You can see the Eiye mark on my body. I used to buy one bullet for N1,000. 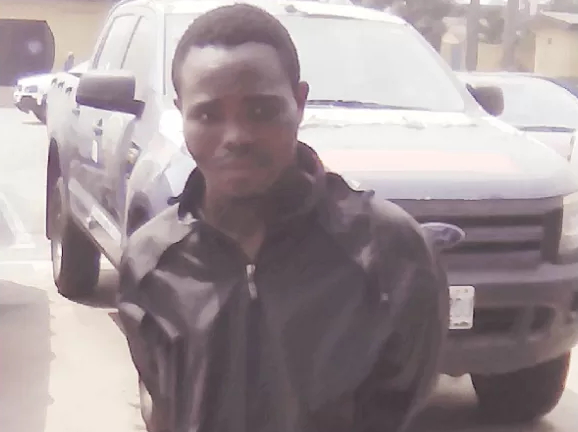 “We used to buy like 15 to 20 bullets. If my bullet finishes, I call Segun who is based in Cotonou.”