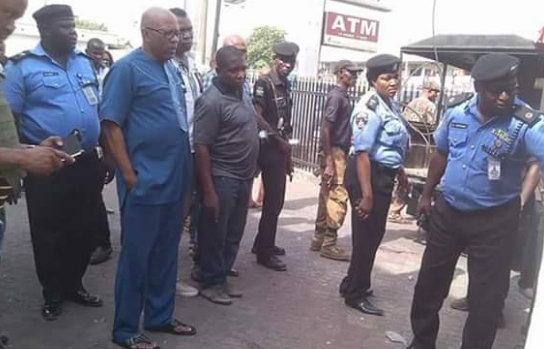 According to eyewitnesses who took cover, about 12 dare devil robbers invaded the Zenith bank yesterday around 2:00pm. They reportedly shot sporadically into the air to scare away customers after overpowering the security operatives attached to the bank.

In the operation that lasted several hours, the dare devils operated unchallenged.

However as they were about leaving the bank, police officials stationed around the bank opened fire on them. They managed to shoot down one of them while others escaped. 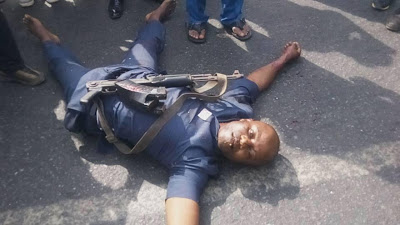 Two others said to be customers of the bank also died after being hit by stray bullets.