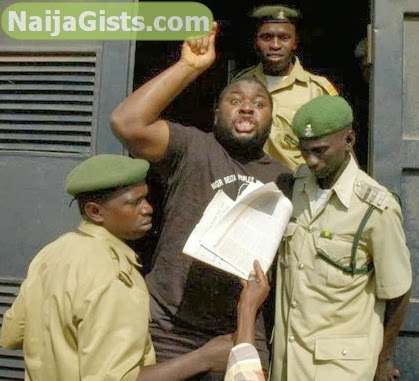 Former Niger Delta militant leader, Asari Dokubo who dumped his Nigerian citizenship for Benin Republic’s has been arrested in Cotonou.

According to his lawyer Mr Festus Keyamo, Asari Dokubo’s arrest took place today around 2pm in Cotonou. He was arrested by the Police at Lubeleyi roundabout for allegedly carrying out an illegitimate business.

“He was picked up around the Lubeleyi roundabout and taken to an unknown destination,” Asari’s lawyer, Festus Keyamo said.

According to Keyamo, his client didn’t do anything illegal before his sudden arrest in the West African country today. He has been living there for so many years. It’s like home to him.

Asari’s lawyer further said his client has an academy, schools and several mansions in Benin Republic.

“All these places have been searched as at this evening and nothing incriminating was found,” Keyamo said.

He also said Asari Dokubo’s arrest is likely a plan by some politicians in Nigeria in alliance with Benin Republic government to keep him away from Nigeria as 2015 election approaches.

“We call on the Nigerian government to immediately intervene and ensure that no harm befalls Alhaji Dokubo-Asari and to use all diplomatic means to secure his immediate release and safe return to Nigeria,” he said.

How do we expect Nigeria to intervene when he is no more a citizen.

Asari Dokubo is the same man who said there will be bloodshed in Nigeria come 2015 if President Jonathan is not re-elected.

Hope they release him on time for the sake of his family and children.