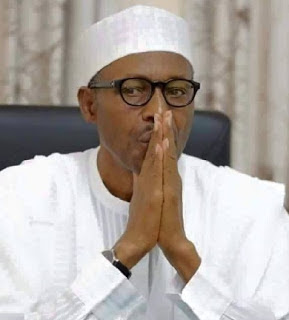 March 25, 2017 – Nigerians Are Killing Themselves Due To Hardship & Suffering Caused By Cabal Who Hijacked Buhari’s Government

At this moment of our national life where Nigeria has been plunged into avoidable economic hardship and the living standard of many Nigerians instead of improving, has gradually deteriorated below poverty level, many Nigerians are shocked by what they got from the Buhari government which has failed to make any positive change in the lives of the people. And with the way we are all astonished as to how a government that promised us heaven could turn around to give us hell instead, many Nigerians have wondered if that Presidential Villa, Aso Rock is truly a blessing to Nigeria or a curse.

Is the President even aware that many Nigerians are killing themselves due the hardship and suffering brought about by his incompetent government? Does he even know that an average Nigerian is so disenchanted with his government that Nigerians are now even ashamed to call him their President? Does he even know that due to the high expectations Nigerians had of him when he was sworn in, that Nigerians now regret voting for him in the first place? But the President knows all these, he cannot pretend not to know but the activities of praise singers and the enemies of Nigeria who would tell him that all is well would not make him realize the magnitude of the public disenchantment and disconnection of his government from the masses of Nigeria and from the reality on the ground.

The Nigerian government has undoubtedly been hijacked by a certain selfish cabal who are no doubt enemies of Nigeria and who would do anything possible to entrench their own selfish agenda on Nigeria. People like the President’s Special adviser on Media Mr Femi Adeshina would always tell him that all is well and that Nigerians are wailing wailers. And talking about wailing wailers, Mr Femi Adeshina has introduced another vocabulary into the Nigerian political arena which we shall make reference to from time to time.

But let’s look at this critically. Does Mr Femi Adeshina have any right as a political appointee who is paid with the Nigerian taxpayer’s money to even call Nigerians who are complaining about bad government as wailing wailers? Does he not know that the Nigerian masses have the ultimate power to choose whoever should lead them and after choosing such person the people have every right to complain about the government if their expectations are not met? Does he not know he is a public servant and that his duty is to serve the interest of the people and that it is completely disrespectful to call the people of Nigeria wailing wailers?

If as a government you have failed the people and you failed to meet up with the expectations of Nigerians, then don’t expect Nigerians to be happy with your government. It is completely unacceptable to continue to take Nigerians for a ride after we have voted you into power and instead of you to improve the lives of the people, you ended up increasing their sorrow. What sort of government is that? I noticed that every Presidential candidate or political party in Nigeria would always come with sugarcoated mouth and promise heaven and earth during campaigns and the people will be so deceived into voting for them thinking they would change their lives for the better but as soon as they get power, they would not fulfill such deceitful promises to the people.

It looks as if there is something in that Aso Rock that twists the head of every President that gets there and makes him forget all the promises he made to the people. It looks as if that Aso Rock is jinxed against the Nigerian people. It seems to me Nigeria may never make any meaningful headway until that Aso Rock is completely disbanded to pave way for the building of another Presidential Villa by a Godly and properly elected Nigerian leader who would lay a good foundation for the building of that new Presidential Villa.

It is very clear that there are many forces militating against the performance of any Nigerian leader who enters that Aso Rock. It is very possible that our lovely Aso Rock which we built with a lot of money during the military era may actually be the problem of Nigeria. If not, why do leaders suddenly turn against the masses as soon as they’ve taken over the mantle of leadership? Why do they say one thing and do the complete opposite of what they say? Is there not something mysterious about that Aso Rock?

The one thing that also amazes me is how the President allows certain people, praise singers and cabal to hijack his government without standing up to the occasion for the sake of Nigeria. Is the interest of Nigeria not above any selfish personal interest? The level Nigeria is now economically shows clearly that this government is either unprepared for leadership from the onset or completely incompetent and therefore does not deserve to lead Nigeria any more. Nigerians were even better off during the tenure of former President Goodluck Jonathan and things were not so bad. We are tired of promises that will never materialize, we want action. We want an action government that will ameliorate the suffering of the masses of Nigeria within a reasonable period of time and better the lives of Nigerians and any government that cannot do this should be shown the way out of Aso Rock for another government to take over.

Nigerians have never had it so bad and even during Jonathan’s government, the economy was not so harsh on Nigerians. Despite all the efforts of Jonathan, we called him clueless because he could not meet up with a whole lot of our expectations. He didn’t fight corruption and he exhibited a lackadaisical attitude to the fight against the Boko Haram insurgents who destroyed countless lives and property in the Northern part of Nigeria. But while Jonathan could not do any of these and Nigerians hated him so much and voted him out, we now have a President who we think is fighting Boko haram and corruption but the people are dying of hunger and committing suicide on a daily basis due to the excruciating economic hardship in Nigeria.

But under Jonathan Nigerians could still afford to eat what they wanted and the cost of things in the market was never so outrageous. We called Jonathan clueless but I bet you many Nigerians are so disappointed now that they don’t even know what name to call the Buhari government. But this government is worse than clueless because if in a clueless government the people are better off and in a supposedly ‘‘non-clueless’’ government the people are suffering, then what is means is that the Buhari government is worse than clueless. And it is very clear that things were quite better for an average Nigerian under the Jonathan government and despite his supposed ‘‘cluelessness’’, Nigerians even wish they never voted him out in the first place.

If at all you are fighting corruption and Boko Haram, this is never enough if the people are suffering. And what manner of corruption is the government fighting in the first place? Is the corruption fight all encompassing or is it only against some perceived opponents and enemies? Is it only against certain people while some sacred cows are left off the hook? What about those in the President’s cabinet and those in the current government who have been indicted and who should have been investigated and prosecuted if found wanting? Now we can see that it’s the usual ‘‘paddy-paddy’’ government which our all-time legend Fela told us from time immemorial. The fight against corruption can never be holistic if certain people who are indicted for corruption and tainted are still in this government without being shown the way out. It would be hypocritical to do so and that would mean taking Nigerians for granted.

Former President Olusegun Obasanjo recently told us that President Buhari is not good with the economy. Now some Nigerians might take that statement with a pinch of salt but that is the plain truth. If Buhari was good with the economy, if he were a good manager of the economy, by now the Nigerian economy would not have gone from good to bad and now to worse. This clearly tells us that we made a great mistake for voting in the Buhari government into office in the first place since he is not a good manager of the economy. It’s just like someone who doesn’t know how to cook and you ask him to go and manage the kitchen and get a good meal out of that kitchen, how possible is that? He will only go there and turn the kitchen upside down and get you a badly prepared meal that will turn your stomach upside down. That is what you get when you make the mistake of voting in someone who doesn’t know how to manage the economy.

But mind you, former President Obasanjo cannot be wrong on this statement because we can all see how the Nigerian economy is being badly managed with all sorts of trials and errors that keep impoverishing the masses the more. And the funny thing is that the President acts as if he has all the time in the world to make the change that we Nigerians desire.

He acts with so much slow pace and reckless abandon as if he has ten or twenty years more to lead Nigeria. He has forgotten that he has only FOUR YEARS to make any impact and nothing more because it is very clear that Nigerians will never vote for this APC government in 2019 except if Buhari is not the Presidential candidate of the APC. The people want change and we want it in record time and not endless promises. You don’t have to make things worse before you make it better. Any government that makes things worse for the people with a promise that things will get better is an incompetent government that should be removed from office. Infact Nigerians were already tired of this government as far back as 2016 when it started to inflict pains and suffering on the hapless masses.

We were promised that the fuel price which was increased last year will gradually come down but nothing of such has happened. We were told that kerosene will soon get cheaper but instead of getting cheaper, it now even costs more. And every commodity in the Nigerian market is beyond the reach of an average Nigerian.

So with all these failed promises and with 2019 around the corner when the government will come up with another set of deceptive and dubious promises, we must all ensure we obtain our voter’s cards and vote out this government since it is clear it cannot take us anywhere. We must change this government before it finally destroys Nigeria. Is it when everybody dies of hunger that the change we all clamoured for will come?