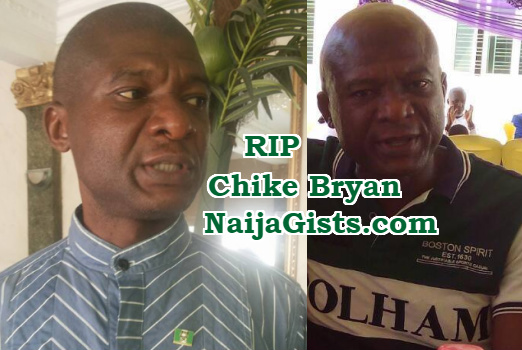 Nollywood has lost another icon to the cold hand of death.

Popular Nollywood script writer,  movie producer and director Chike Bryan who had a relapse in his health late last year has passed on.

Mr Bryan who enjoyed support of his colleagues when his two kidneys got damaged in 2013 was abandoned when he had a relapse in his health late last year however he managed to cope until yesterday when he suffered stroke after receiving a call.

He was rushed to LASUTH where he was abandoned for hours by doctors over lack of bed space.

Here is how a colleague narrated the events that led to the untimely death of Chike Bryan yesterday. 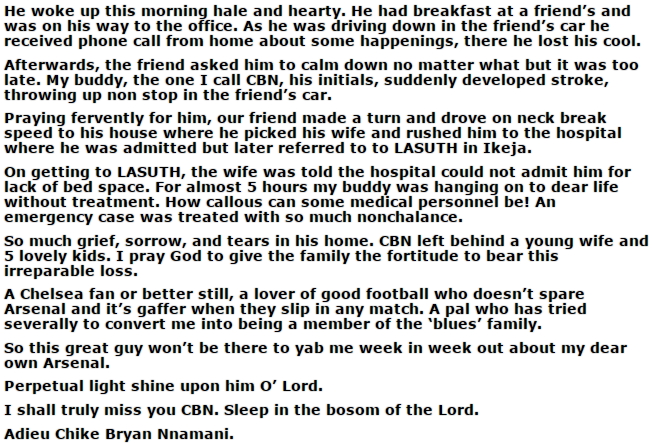