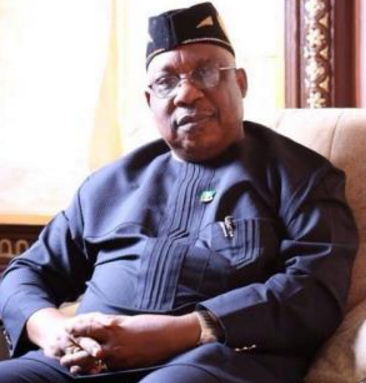 Here is what Assam said while narrating the incident to reporters this evening;

“I bought some drugs for my family at a pharmacy and came back at about 9pm and went to bed at about 11pm. At 2am my colleague who came from Lagos who was working in my house raised an alarm that there were strange people in the compound that he saw some light behind the window. Instantly I hurried everybody into my bedroom and locked the doors.

“Just as I locked the second door, I heard a big bang on the door and the door burst open and just by the second door bullets started flying past me through the door. I knew there was a problem, and then I got prepared as they started chiseling the door and banging, shouting at me to come and open the door or they will break it down. I started firing my flare gun to alert the security agencies to know where I was.

“At about 4am we did not hear any noise again and by this time, I contacted my sons-in-law and my neigbours reached to the security agencies and the entire street was filled with policemen but nobody came into this house until some soldiers came and decided to force themselves into the premises”.

“I know that nobody came to my house to collect money from me because these people were seen trekking as they were coming so they could not have come to kidnap me. I can tell you taking cognizance of what we have seen, certainly they came for assassination.”

The incident has been reported to police.