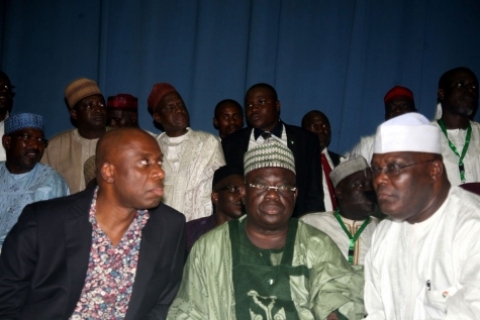 Sept 13, 2013 – “Who Is Above Governor Amaechi In Rivers State?” – Atiku Blasts Nigerian Policemen For Yielding To Abuja Order

Former vice president Atiku Abubakar has lent his voice over a disgraceful episode that happened at the Rivers’ State Governor’s lodge yesterday.

As earlier reported, some Policemen who claims they were acting on orders from Abuja blocked Rivers State Governor Rotimi Amaechi from entering the his official lodge yesterday even after minutes of dialogue.

Atiku took to his Twitter page few hours ago to express his displeasure:

“Our democracy, won by the sweat, blood and lives of heroes, is being sacrificed on the alter of impunity #sad
Little by little, democracy and the rule of the law are being dismantled in the country before our very eyes
For a state Governor to be overruled by policemen acting on orders from above”is too sad. Who is above the governor in his state?
If reports of antics in Port Harcourt true, we are seeing our democracy & rule of law being dismantled before our very eyes” – Atiku said in a tweet 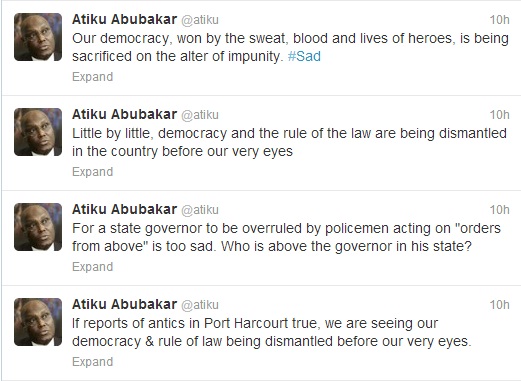