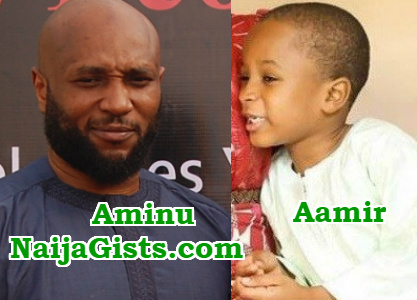 7-year-old Aamir Atiku, the grandson of Vice President Atiku Abubakar has been kidnapped by his father.

A mild drama played out yesterday Wednesday the 10th of January 2017 at the Tinubu Magistrate’s court in Lagos after Aminu Atiku lost his child custody battle to his wife, Fatima Bolori.

According to the boy’s mother, the incident happened around 1:59pm when Aminu suddenly snatched the boy from her, locked him up in the car and fled.

As at last night, Fatima’s lawyer, said Aminu Abubakar is yet to hand over the boy.

Fatima who was granted the custody of her children is due to return to her base in Abuja today.

She is really worried about the safety of Aamir.