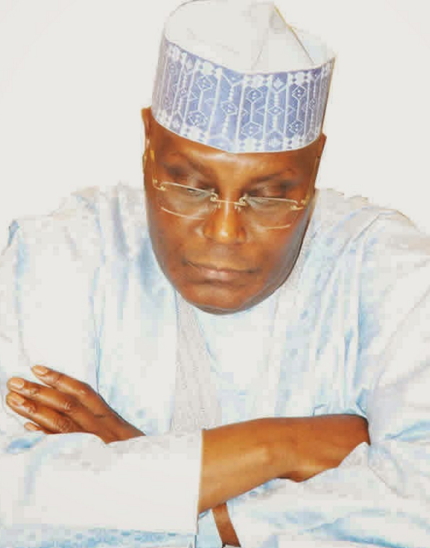 Former Vice President Atiku has reacted to reports that he held meetings with his supporters with regards to the 2019 presiden­tial election.

At a function yesterday, Atiku advised those he de­scribed as “political mis­chief makers” to allow him enjoy his peace and desist from sinister propaganda designed to draw a wedge between him and Buhari which could cause needless distrust and distractions in government.

Reacting to insinuations by what he calls “political mischief makers and ene­mies of unity,” who alleged that he has been hosting political meetings at Burj Al-Arab, Dubai, the former vice president said contrary to the rumours being ban­died around by political opponents, he is currently in Dubai with his family for physiotherapy on his in­jured knee.

Photos: Meet The Nollywood Stars Who Married In 2015
Biggest Nollywood Celebrity Breakups In 2015: Meet The Actresses With Broken Marriages