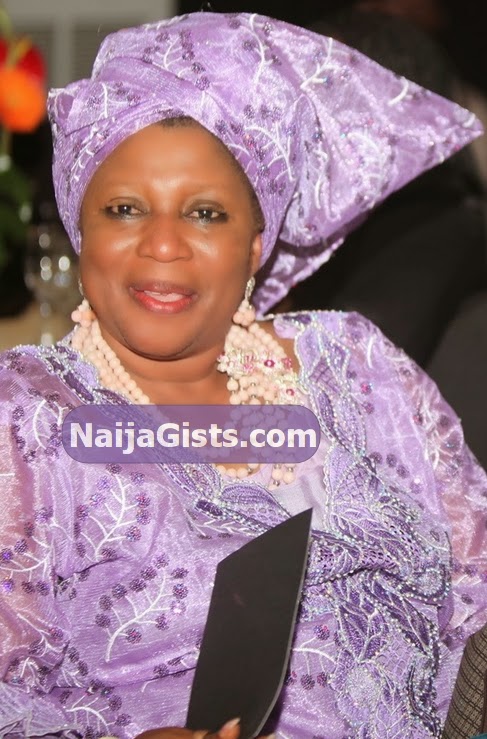 Ayo Mogaji who was rumoured to have stopped her unhealthy habit of smoking cigarette and drinking alcohol has stepped up her game.

The veteran Nollywood Yoruba actress for a long time now has been telling her friends that God has delivered her from the spirit of smoking,  unknown to her friends, the madam has secretly turned into a chronic chain-smoker with undying thirst for highly alcoholic drinks.

The bubble bust on her when she was caught on Sunday night at the back of a banquet hall in Ikeja area of Lagos.

According to sources at the event, Ayo Mogaji was among those who arrived the event early.

Instead of sitting quietly, she was said to be drifting up and down like a troubled woman.  Few minutes later she went into hiding. When all effort to reach her on phone failed, her friends got worried and started looking for her. She was later found hiding beside alcohol sellers at the event blowing smoking like a man.

One of her friends who inquired about her whereabouts said she was stylishly insulted.

The source said Ayo Mogaji replied her with “en wa mi ni, se woni mo sonu ni, mi ki se omode now” meaning “are you looking for me, did anybody tell you I got lost, I’m not a kid now”.

Her friends were shocked that a woman of her caliber could be smoking in that manner outside.

The dark and lovely madam is gradually turning yellow…#PLENTY TROUBLE