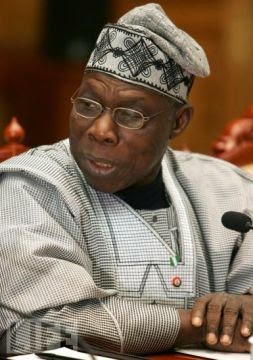 Ex-President Olusegun Aremu Obasanjo has come after his successors for the power instability in Nigeria.

According to OBJ, for Nigeria to enjoy stable power supply, 2,000 Megawatts of electrical current must be generated each year.

Obasanjo said this during an event tagged ‘First Green Legacy Moment with Chief Olusegun Obasanjo on Leadership and Human Security in Africa’, that held in Abeokuta.

“Part of our problems is lack of political will on the part of the leaders. What does a leader understands about development? Any leader worth his salt should know that power is very important. It is the driver of all developments, be it social, economic, and even political.

“When I was military head of state, I developed the Jebba Dam, I developed Shiroro, I started Egbin. (Ex-President Shehu)Shagari came and completed Egbin and commissioned Jebba and Shiroro.

“Between Shagari in 1983, until I came back in 1999, there was no single dime invested in power generation. If anything, the ones that were there were allowed to go down.”

“A country like Nigeria must be adding not less than 2,000 megawatts every year if we are to be moving on the path of development.

“If you will remember, when I came back in 1999, my first Minister of Power was late Bola Ige. I won’t say Bola didn’t know what he was doing and he said publicly that he would fix the power problems in six months.

“After one year, Bola with his capacity couldn’t fathom what was wrong with power. It was riddled with corruption. Then we had no money. People have forgotten that in 1999/2000, the price of crude oil was US $9 per barrel. So, I wanted the oil companies, Mobil, Total and they wouldn’t go.

“When we started having money, we started the National Integrated Power Plant. When we said the money we had should be invested in power, my successor didn’t understand; he stopped it. If for almost 20 years we did not achieve anything in power generation, then we may not be able to get it again.”

“For us to say that we are industrialising country, we must be generating much more than what South Africa is generating, say 100,000 megawatts.

“What year will Nigeria get there if we are adding 2,000 megawatts each year? For us to get to 100,000 mega watts, I leave the mathematics to you. It sounds very discouraging but that is the reality.”

Nigerian politicians are yeye people. They will promise citizens heaven on earth during their campaign.

Once they take over power, they will do nothing until re-election time.

Behind this same power problem is massive looting, corruption and the likes.

What will it cost Nigeria to invest in all the necessary technology to ensure adequate supply of electricity.

Money is not our problem in this country, our enemies are the pot-bellied, corrupt and selfish politicians who care only about their future and the future of their children.

They have forgotten that what goes around comes around.

How can you loot a nation dry and expect the best for your generation??? God is watching them.

Nigerians are yearning and praying for revolution, ENOUGH IS ENOUGH!.