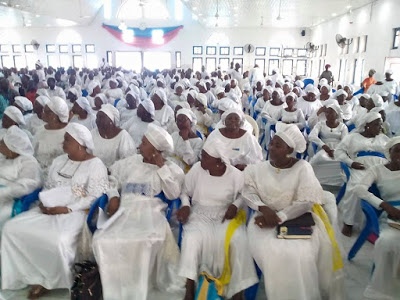 January 8, 2016 – Baba Are Is Dead: Leader Of Celestial Church In Nigeria Burnt To Death At Ikorodu Lagos Home

The Celestial Church of Christ Worldwide was on Thursday hit by tragedy with the news that the head of its Nigeria Diocese, Baba Are, died from a fire incident, which gutted his Ikorodu home in Lagos State.
Reports monitored from E24-7 indicated that the fire, which occurred in the early hours yesterday, was caused by a power surge.

His wife, Iya Salewa and his children, Dare and Kemi were said to have managed to escape the fire, but Baba Are, who sufferred from a stroke, which left him immobile, was totally burnt beyond recognition on his bed.

The octogenarian cleric, until his death, was the number three man in Celestial Church’s hierarchy.