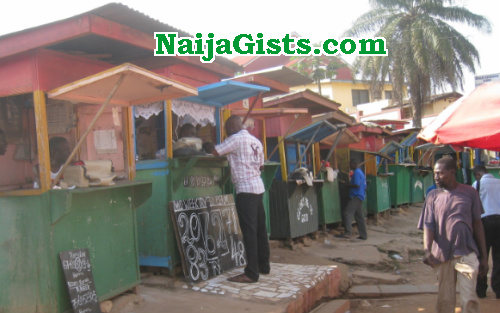 2 pool agents with Baba Ijebu Lottery, Ola Obafemi and Muritala Adeyemi, were on today arraigned in Lagos for allegedly denying three customers the sum of N386,000 they won in a lottery.

Obafemi, 38, a female and Adeyemi, 50, both residents of Agege area of Lagos, are standing trial before an Ikeja Magistrates Court on charges of breach of peace, conspiracy and fraud.

The prosecutor Insp. George Nwosu told the court that the accused committed the offences on Sept. 8 at No. 3, Akinola Close, Agege, a suburb of Lagos State.

He said that the accused conspired with others still at large to cause a breach of peace by withholding the coupon results of Gbenga Karonwi, Ben Olaoluwa and Sunday Ubah.
Nwosu said that the complainants went to the pool office to play and won, but the accused refused to give them their money.

“The complainants went to play and their numbers were among the winning numbers which was to the tune of N386,000.
“The accused refused to give them the money but kept asking them to come back for their winnings,” he said.

According to the prosecutor, the offences contravene sections 57, 166 and 321 of the Criminal Law of Lagos State, 2011.
The NAN reports that section 321 prescribes two-year jail term for offenders.

However, the accused pleaded innocence of the offences and were granted bail, each in the sum of N100,000 with two sureties in like sum.

The Magistrate, Mr. A.A. Adesanya, adjourned the case till Oct. 31 for mention.