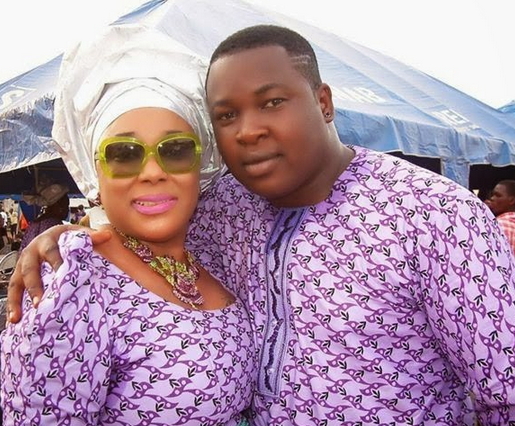 Less than 24 hours after a video recording of UK-based socialite Yetunde Oduwole cursing Nollywood actor Baba Tee leaked to the media, the man behind the ongoing breakup wahala has spoken up.

In an exclusive chat with E247, Baba Tee denied all the juju allegations Yetunde brought against him and warned her to move on with her life and let him be.

“I was marvelled when I saw what the ‘wannabe’ London big babe, as people write (this makes me laugh), Yetunde wrote on her blog yesterday and today. I think I just need to put some things straight.
“Please Yetunde, how many stories do you want to tell us? You know deep within your heart that you asked me out, though people may not know. It was even reported when you came to Nigeria to beg me to marry you. You were stalking me around during my movie shoot in order to spite your ex-husband.

You went to church and told me that your pastor told you not to think about your husband again. Why are you now turning the story around and telling lies?
“Are you trying to tell people now that despite not knowing you before coming to London, I already prepared the “African juju” for you?

“Are you also telling people that even though you are living on state benefit support in the UK, you can actually get a stay for someone? Madam, stop this lies. You cannot even invite someone over to the UK, talk more of getting a stay. You and I know that, even if anyone does not know. Stop deceiving people because you don’t have what it takes.

“Are you also saying that despite my small manhood, you cried ceaselessly begging me to stay whenever we fought? You said I have a small manhood, yet you stayed with me for four years? I only know that my manhood will only be small to a woman with a wide womanhood (sic). Thank God I have a new relationship in which I can feel the sweetness which I could not feel over the years.

“Between November 2011 that we met till October 2014 when we separated, all I spent with Yetunde was not more than six months as I never lived in the UK as people think. Out of the six months that I stayed with her, she threatened me more than ten times with fake police report for threat to her life, fake NHS report, and so on. She even said that she wants to die because of me. She made series of audio and video clips of her raining curses on me, why? I got to realise that all she told me about her ex-husband, Babs were lies. I sat down and thought of her attitude towards a man that she had two kids for, and I asked myself: ‘am I not in hell fire?’ Anytime I tried to leave, she came up with different threats because I didn’t know much about the UK then; that was why I was in the relationship for that long until people gave me courage. “People can criticise me and say whatever they like, but it’s now in my past.

Please leave my girlfriend and my folks out of whatever problems you think you have with me, face me and me alone. (Yetunde), you know you don’t have any cloth in my house that my girlfriend can wear, stop attacking people with your problems.

“As for you Mrs Blogger, did Yetunde have respect for me when she dated Mr Kwame in Ghana where she exposed her B**BS? 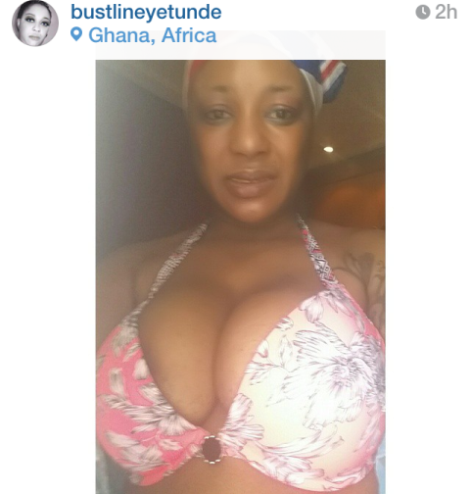 Who is she that I will have to hide my girlfriend from her? I have moved on with my life since last year because I need to have my own family. I am overdue for it and I’m not going to let her draw me back anymore. I regret ever meeting her. She should just move on with her life. I wonder why she keeps coming back to my life and constituting a nuisance on social media platforms.

“People should also stop thinking that Nigerian artistes are wretched; we don’t depend only on the movies we act or produce, there are many other things we do that earn us good money.
“As for me, I hate that this is happening because I am not a lousy person like Yetunde. She lives a fake life and we always fought about it. I was never willing to get married to Yetunde; she was just there for that period of time and she knew the relationship wasn’t going anywhere even though she tried to get it to be a bit more serious.

“All is history now. Her advisers should talk to her candidly to let me be. I have found a woman and I have peace with her. If you are not in the right place, no matter how hard you try to make it right, it will always go wrong.”