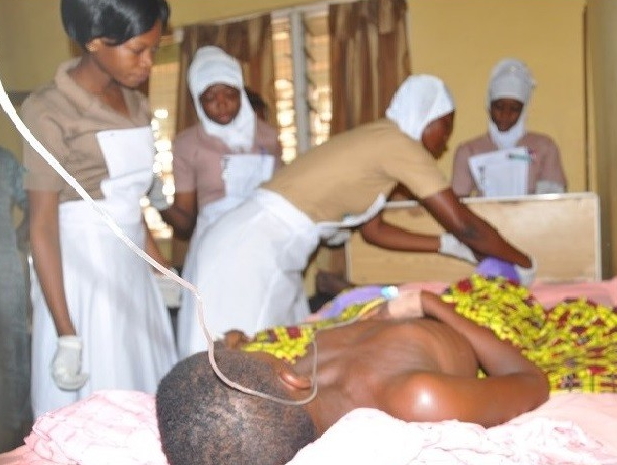 According to her, four children were reported dead, three of which resulted from the symptoms and the other one not yet confirmed.

“Immediately this report came to us in AMAC, we informed our partners; FCT FCDB, FCT Public Health Department and WHO, and immediately swung into action.

“The AMAC Disease Control Coordinator and Disease Surveillance Officers went to verify the incidents and do a thorough surveillance,’’ Adeyinka said.

According to her, the public health educators, social mobilisers and health personnel have embarked on community based education campaign on meningitis.

She said that they were also enlightened about the prevention and management as well as positive behavioural change to prevent spread of infection.

“We actually started this proactively last week in all our wards especially at the IDP camps and slums as soon as we got the news of an outbreak in Niger state.

“We also immediately created vaccination post at the Chief’s Palace to vaccinate the populace with CSM Vaccine manned by trained health personnel,’’ said the official.

Adeyinka noted that the vaccination is still on in Durumi 1, 2 and 3 areas, adding that it will be extended to all health camps and in government facilities from March 29.

She commended the Chairman of AMAC, Mr Abdullahi Candido, for supporting the campaign.

The official also said that the chairman had paid a condolence visit to the Durumi community where he ensured that healthcare workers were on ground.

According to her, meningitis is an inflammation that occurs when fluid surrounding the meninges becomes infected.

She however noted that bacterial meningitis was one of the most feared infectious diseases of children and epidemic meningitis could have a devastating impact on the entire populace.

“They can be transmitted by coughing, sneezing or close contact. It easily spread when people live in close quarters; being in small spaces increase the chance of exposure.’’

Adeyinka said certain age groups of children under the age of five are at increased risk of viral meningitis.

She further urged residents to embrace the vaccination which are available at health camps alongside poliomyelitis immunisation campaign.

Besides, she urged residents to avoid overcrowding places, and ensure personal and communal hygiene.

She also called on residents to report any suspected case to relevant authorities.