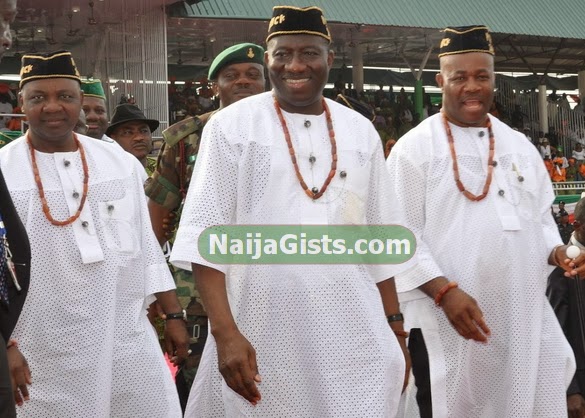 What many opulent Nigerians term as leadership is the exhibition of their exotic cars, power bikes, mansions, companies, pictures from foreign lands they went for holidays, their glowing wives, husbands, children and concubines. They show-off these on the internet, newspapers, TV and, make commentaries on the radio for self-exaltation. They see leadership as titles and not, how many of their loved ones and followership they have positively influenced or would do. They see their gallery of wealth as the influence they are giving to those who look up to them. Since the wealthy in the society see these things as leadership, there has been tremendous leadership shortage in the country.

Because of this type of mindset to leadership, the consequences are where we are at present: virtually everybody is shortcutting what used to be the gradual process of living to attain a height of financial wealth. While many are doing this, they do not know that they are like those who ignorantly use pills to reduce weight, oblivious that they are digging for more danger to their lives than the natural weight they had thought was unbecoming.

Shortcuts have consequence. A critical look at it would attest to the fact that it’s this reason that governments at all levels in Nigeria have not gotten anything right. They implement policies that are not formidably executed; they read yearly budget that do not commensurate with the on ground works, and so on. Due of leadership shortage in Nigeria, many things are now worse, than any emergency approach given them.

Gaining influence is just the meaning of leadership and not, showing of influence. Many Nigerians do not think about the next step to take in order to uplift humanity here, but the next exotic car to paint the street red, the next mansion to build in order to intimidate the next neighbour, the next holiday picture to post online in order to compel family and friends to begin to bite their fingers.

Those the leaders want to cheer them are hungry and many do not even have hope of where their next meal would come from, where money for their next house rent would be raised from. What some of these leaders define as leadership is just the addiction of showing their wealth to their hapless followership, as if they are employees working very hard for promotions.

While they want the financially poor masses to be promoting them, the only agenda they have for them, are those intimidating outings they make for the poor to be lavishly glaring at and admiring them, without a twinge of conscience of where they placed the poor in life. Their acquisitions mean a lot to them and not, the welfares of the subjugated masses.

Leadership shortage has made many Nigerians to be sitting on the bare ground today. The leaders want the led to see Nigeria as a country that should mean a lot, without them leaders seeing the poor to mean anything to them. Rarely is there any opportunity that would enhance the growth of the poor individual like it is wont in the so-called developed world, where the level of opportunities to school appropriates the level of corruption in Nigeria.

In Nigeria, many people’s understanding of the concept of “God” is just political. They use ‘God bless you’ in order to make people accept them as godly people, whereas they find blessing anybody really good somewhat hard thing to do. Apart from their gallery of wealth, the next thing they so much show in the public is “God”. They do not have a more realistic view of theirselves. They see the act of leadership as a correlation between wealth and amassing of it; not a relationship between leading and the masses.

Because leadership has been assumed to be the position of those with much wealth, the poor would no longer guarantee self as one capable of being a leader. The poor has been so much intimidated by the rich to always believe that leadership has a residence with those that call the shots in the society. This is a widely misunderstood fact. Leadership is not a position, but an activity, not like the idea that the highest bidder goes with the prize, but an act of showing comprehensive examples for others to follow in the promotion of humanity and not, when there is something that has to do with politics and business alone.

Perhaps, this could be the reason a Vikas Swarup, the author of The Accidental Apprentice (and Slumdog Millionaire), was quoted as saying: “Leadership is the one competency that cannot be learnt in management school. A manager is trained to do things right; a leader does the right things. It is not a matter of training and preparation, but one of instinct and conscience.”

Therefore, the conscience of leadership has to be reborn; not the everyday reborn of titles and showing-off of acquisitions. Nigerians at all level must make the citizenry better by eschewing the love to obsequiousness. It is a killing behaviour, when anyone sees the promotion of exotic cars as leadership or those who purchase such cars for the simple purpose to intimidate others as leaders.

It is time Nigerians began to see these types of leaders who do nothing but to exhibit their numerous wealth as persons who have limited contributions to make for the wellbeing of Nigeria. Remove those material items from them and be amazed how empty they are. Everybody can have positive impact and become a leader. Against this backdrop, leadership must be seen as an art for influencing another in direction for the wellbeing of the society and not, for the individual buttering. We must take the advise by a John Izzo, PhD, whose write-ups suggest that Leadership is not about what your business card says, what your title is, or where you sit on the organizational chart in your company. Leadership is a posture, it is a decision that you want to have influence over others in a positive way.

About the author: Odimegwu Onwumere, a Poet/Writer, writes from Rivers State.,