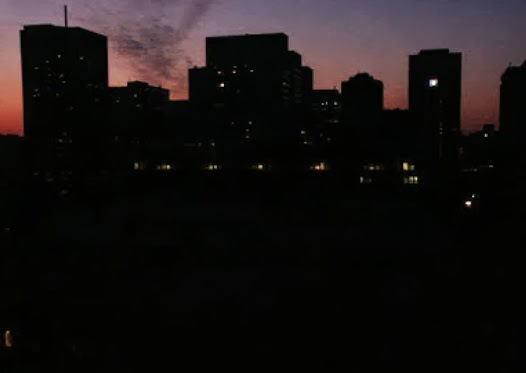 Several residents of the Lagos metropolis celebrated this year’s Christmas in darkness, the News Agency of Nigeria reports.

Some of the residents expressed displeasure at the failure of the Power Holding Company of Nigeria to supply stable electricity under the existing arrangements.

Mr Ayo Adeyinka, a resident of Mushin, said that the privatisation of the power sector had not been beneficial to the citizens in spite of the government’s efforts to make things work.

“We have never seen it like this before. There was light on Dec. 24, although it was on and off till 7 a.m. on the Christmas day.

“Since that time, up till this morning, we have not seen light in any part of this area,” he said.

A resident of Ketu, Mr Sunday Olarewaju, noted that the PHCN management had not given any explanation for the prevailing blackout.

“We do not know if PHCN workers are on strike or not.

“In our usual way, we have checked the transformers and moved round but there is no sign that a major fault was responsible for the blackout,” he said.

Olarewaju said that the residents’ representatives were planning to go to the nearest PHCN office to demand an explanation for the blackout.

Mr Adeloju Shokoya, a resident of Lagos Island, expressed regret that he and his family had a “harrowing experience celebrating Christmas without electricity.

“If there is light, you will not meet most of us outside; we would have been somewhere else watching films or football matches.

“I have been on generator since Christmas Day with the hope that PHCN would soon restore electricity supply. Up till this morning, we have not seen even the normal flashing they give us at times,” he said.

Another Lagos Island resident, Mr Adetola Williams, however, said that the people would continue to enjoy themselves, whether there was light or not.

“PHCN or no PHCN; man must enjoy himself. Yesterday, we were outside drinking and we used generators to power our musical sets in order to enjoy ourselves.

“From the look of things, we may do the same again today because l don’t understand this PHCN palaver anymore.

“You know they do what they like but they cannot spoil our enjoyment and merriment in this Christmas period,” he said.