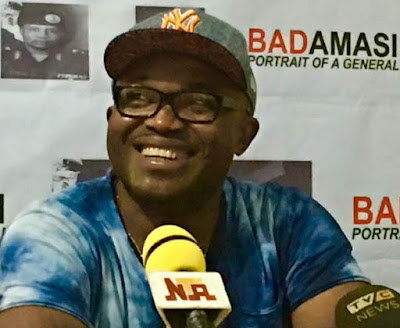 The producer of award winning movies Onye Ozi, The Mirror Boy and Last Flight to Abuja is set to thrill fans with yet another thought provoking movie.

Obi Emelonye announced yesterday in a press conference in Lagos that he is currently working on a movie titled Badamasi, which would paint the intimate life history of former military ruler Ibrahim Babangida who ruled the country from 85 to 93.

He said the movie would be in cinemas before the end of the year.

This is what Mr Emelonye said about the movie yesterday:

His critics however said he must have been hired to produce the movie because most Nigerians do not have  positive things to say about Babangida’s tenure.