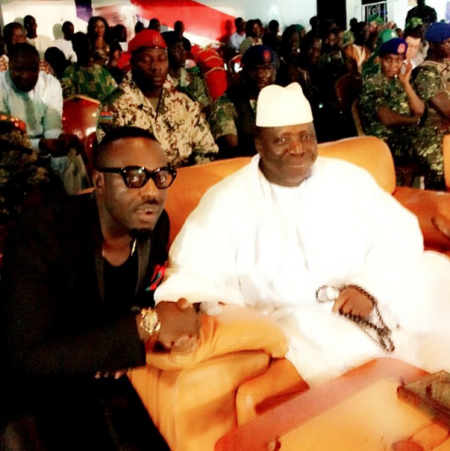 Nollywood actor Jim Iyke is set to feature the President of Gambia in his upcoming talk show.

The actor was spotted yesterday with Gambian President during his 20th take over anniversary.

On Saturday, Jim Iyke told fans the controversial president is his best friend.