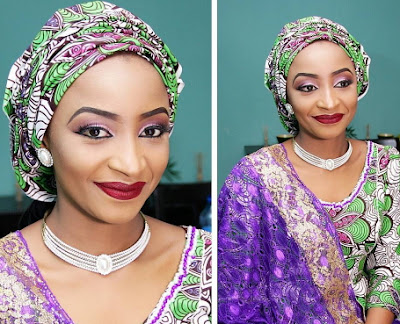 She might have been banned for playing a romantic role, the actress has since moved on with her career.

23-year-old Rahama Sadau recently told Adedayo Odulaja how she felt after she was banned from the Hausa movie industry.

See excerpts from the interview:

How does it feel being a part of Sons of the Caliphate?

It feels good, feels very great and it means my name is becoming even bigger. I’ve actually worked very hard on this and I am so proud and super excited today now that it is finally ready and people can see it.

What does it mean to you as someone from the northern part of the country and especially being introduced to mainstream Nollywood?

I have actually worked in several productions in Nollywood but Sons of the Caliphate was a bit challenging because I mean it came to be through 11 weeks of shooting although I really enjoyed it.

All the members of cast and crew were very nice but on the whole it is not different as such from what we are used to; it is just the change of language and the fact that it is a bigger production and everything. 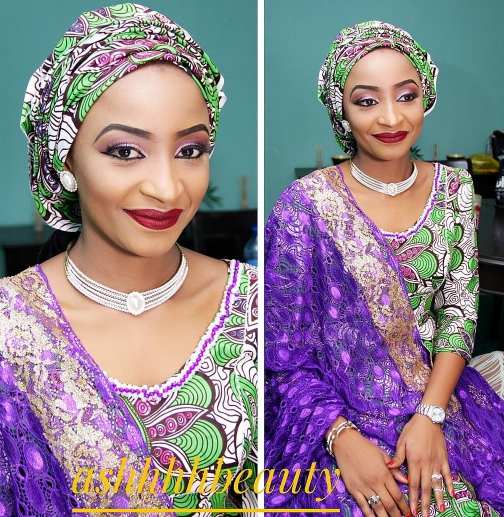 What would you point to as the most challenging part of the TV series for you?

A few areas including getting me to read and master my lines, you know it is not what I am so used to. I am more of the Hausa girl, so getting me to read my lines and reproduce everything was a bit challenging but I think I pulled it off well in the end.

Talking about life as an actress up North, what is it like?

It is hard, then it is also kind of typical but what one has to always see are the positive sides to life no matter where you are.

What would you say makes it hard?

The fact that you are to always be on your guard and ensure you have to have focus, dedication and determination almost always. Avoid other things that will create problems and scandals because you know the northern part is not like life everywhere.

In light of all these, what would you say keeps you going?

The fact that I am able to come out to work every day and do what I want to do. And then the love I receive from fans, from friends and family keeps me going.

Is there any part of you that relates to the role – business-minded, independent lady – you played in Sons of the Caliphate?

Yeah, a lot. The character speaks more about me but of course it is the centre of the story and I can’t d w e l l on it although y o u don’t get to see it earlier but it also speaks about Rahama.

Do you have plans to move down to Lagos or become more prominent in Nollywood?

I have already featured in many productions here in Nollywood, so it’s not trying to cross over, just about balancing the two because an actor is an actor anywhere, whether he or she acts in Bollywood, Nollywood or any other.

How would you compare both industries in terms of similarities and differences?

Like I said earlier, it is the same industry but the only challenge we have is that we have our own culture and traditions that we can’t just go against but everything is the same; production, the sets, everything including the story because you can actually tell the story of the Sons of the Caliphate from another angle.

Do you see yourself as someone who is likely to change the perception people have of the northern part?

Well, we were born in the northern zone of the country and you can’t say you will change culture. You just have to be careful with what you are doing, and my own perception is that acting is art trying to portray reality.

I am not in politics, media or anything, I am just an actor

Why did you decide to be an actor?

I was born to act, I’ve been dying to become an actor since I was in secondary school with all the drama.

But how about when you decided to take it professional?

I encountered a bit of resistance because of how the north is. It is a bit of a problem in the Northern zone because our people see it as not normal but today I am so proud as I am a role model to others and it is fine.

Do you have points of restrictions you would never cross?

Yes, I am a Hausa girl and there are points I’d never cross.

I would never act nude or act any film where I am not wearing proper clothes because whether we like it or not, I belong there. Most of my fans are from there and I wouldn’t do anything that would frustrate my fans or make them my enemies.

You are beautiful, talented and popular, how do you handle advances from men?

I am just focused on my career and I am so hardworking a person and I don’t give attention to all of that.

Can you marry a fellow actor?

Yes, so that he can understand the job and allow me in the course of my career. I am not saying someone from another discipline would stop me from acting but I think it would be better with an actor.

Do you encourage young girls in the north to follow your footsteps in acting?

Of course. I just launched my production company and I all the crew members are girls.

Yes because girls in the north think they are just women that are kept aside and can’t make a move. We have talents and potential but they are not given the opportunity to explore their talents and like I said, you can have restrictions to yourself and that you are an actor does not mean you must be wayward or something. That is why I launched the production company for girls and it is called Sadau Pictures.

When did you start acting and how did your parents react at first?

I started three years ago and at first my parents were against it but now my mum is so proud that when she saw Super Story, she said ‘Oh my God, that is my girl!’ so I have the support of my parents now.

My mum is my biggest fan, she always calls me to say: ‘I just finished cooking, where are you? Can you come and eat?’ Whether I am abroad or I am in town or on set, she doesn’t care. She is always dotting on me.