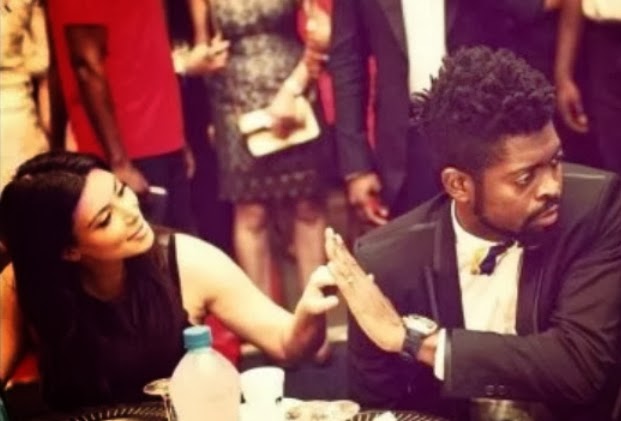 Since Nigerian comedian Bright Okpocha aka Basketmouth shared the above photo via Facebook few days ago, the picture has been trending like crazy on the social media.

A popular American news site, Mediatakeout.com even talked about it.

To cut the long story short, Basketmouth has revealed the real story behind the picture.

In the photo, Basketmouth gave Kim Kardashian a snub as she tried to talk to him at Darey Art Alade love like a movie concert in Nigeria last year.

Apparently Basketmouth approached Kim K for a pretend snap at the pre-gala event.

He said something like ‘You try to talk to me and I’d act like you’re not one of the most sought after women in the world, like I’m too busy to talk to you.”

Smiling Kim Kardashian agreed and so they took the pictures while everyone laughed.

It wasn’t as serious as everybody took it now, it was all fun and joke.