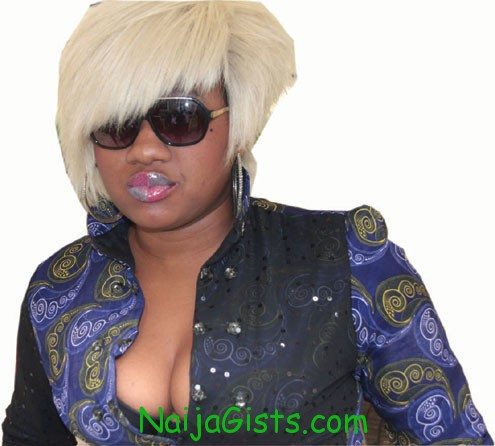 One of the prospective contestants at the BBA audition in Lagos, yesterday.

March 7, 2012 – Battle Of The Boobs At Big Brother Audition in Lagos

It was a battle of boobs among the hundreds of ladies, who thronged the Lagos, Nigeria open casting/auditions of contestants for the season seven of the M-Net Africa’s hit television reality show, Big Brother Africa, tagged ‘Double Up’ yesterday. naijagists.com

During the wee hour auditions that took place at the Protea Leadway Hotel in Maryland Lagos, the excitement they said was infectious.

Many female contestants packed the hall in revealing attires with their cleavages close to the top of their mouth in order to create a what we call a “boob factor “during the casting.

The producers had announced that entrants would have to double up to compete. According to a statement, “Whether you enter with your best friend, boyfriend, girlfriend, mom, dad, brother, sister, boss, husband, wife, neighbour, hairdresser, whomever…you must just make sure that you enter as a pair. So who will take the journey of a lifetime with you? Remember you may have to spend a long time with them in the house so choose carefully!”

And so, while many came with their partners, others came with their aunts and some with friends. Some who were auditioned kept to the instructions not to discuss their experience with the media, others shared their optimism of making it to the BBA House when the show commences.

Dr. May Blossom Brown, a grandmother, who came to the audition with her nephew, Munachinso Ejiofor, as partner for the show, said she had a wonderful time with the other younger contestants who came for the auditioning and very positive that they will make it to the finals of the series.

Another contestant who simply called herself Gabriella was at the auditions with her friend, Tope. They are looking forward to be selected and be part of the show main show itself.