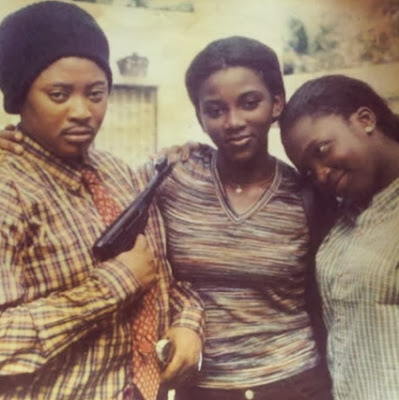 The process involved in leading actors to prominence is remarkable.

Popular Nigerian movie stars are very successful in this day an age. Most of them even have investments and businesses that will keep them financially stable for years to come.

But before then, they started with humble beginnings when they had little and kept on doing and getting better at acting for the eventual success.

Popularly called Julia Roberts of Africa, Genevieve Nnaji was one of the top stars to join Nollywood in the late 90’s.

Running down the memory lane, here is a picture Genny and another star actress Ayo Adesanya took back then on the Most Wanted movie set.

At age 19, Genevieve Nnaji was introduced to Nollywood with the movie Most Wanted.

Genevieve got into limelight when she featured in the movie Ijele.

Continue Reading
You may also like...
Related Topics:genevieve nnaji, most wanted, movie set