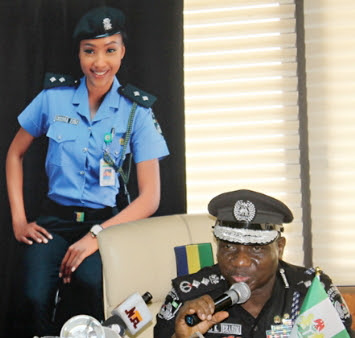 The newly crowned Miss Intercontinental Africa Queen Chizoba Ejike was yesterday honoured by the Inspector General of Police, Ibrahim Idris at the Force Head Quarters following her emergence as the new African Queen while adorning the Nigerian Police uniform in Egypt.

The Anambra born model was greatly applauded for her patriotism and commitment towards upholding the image of Police in a global contest involving 72 countries.

The reception and hosting which involves the Inspector General of Police and other top Nigerian Police officers at the executive conference room was captured by cross section of media organisations including Zzini Media, AlexReports and AbujaPress.

Speaking to the force men, her manager Alex Nwankwo noted that the beauty Queen displayed high level of discipline and patrotism by choosing to put on the force outfit irrespective of the 72 delegates representing different countries with their national costumes. He further solicited for the support of the security force towards the unveiling of her book ” Be The Change You Want To See”

Ejike added that she had over the years admired the smart uniform of the police and needed to use the Miss Intercontinental contest to showcase her love for her country.

She further commended the effort of the Anambra state police command especially the commissioner of Police Jimoh Moshood and ASP Neiru Nwode in making sure the police regalia was released for her. ‎Also applauded for his role in the production of the book is the role of Big Church Group, who also pledged to support the Nigerian Police with security gadgets and Internet security.

According to the Police boss, we are proud of you for that unique concept and boldness to fly the force uniform as your national costume. ‎”we will be giving you all the necessary support and security as her Majesty and the new Ambassador of Nigerian Police. 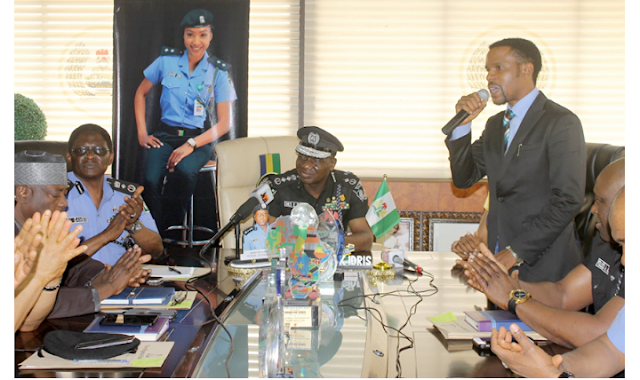 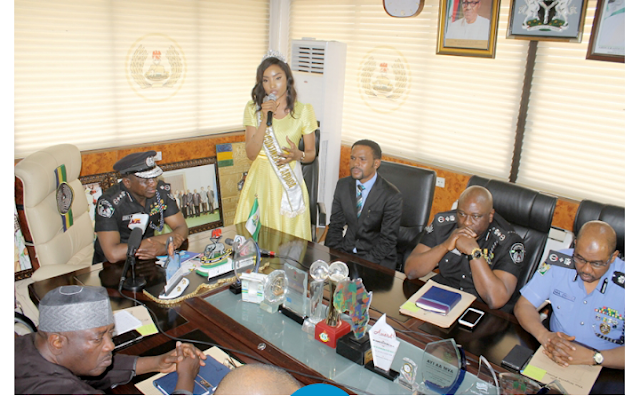 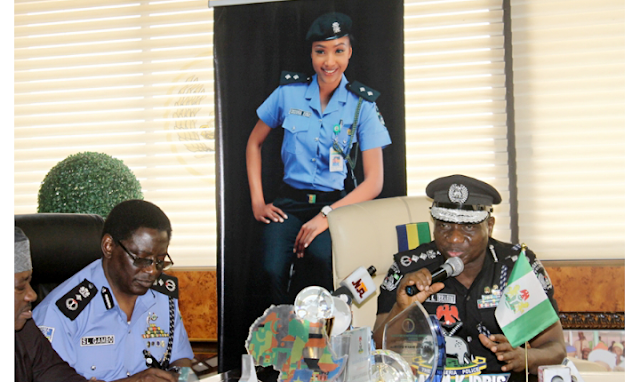 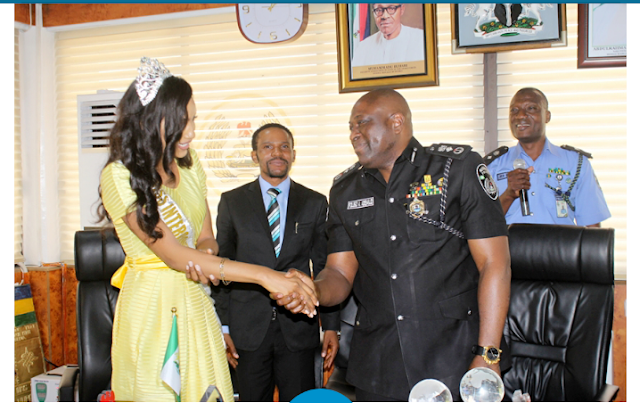 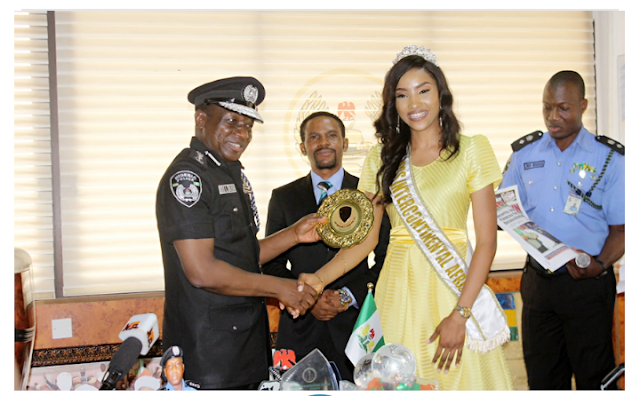 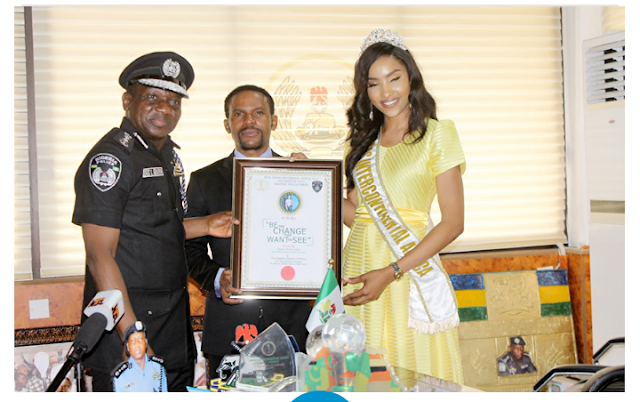 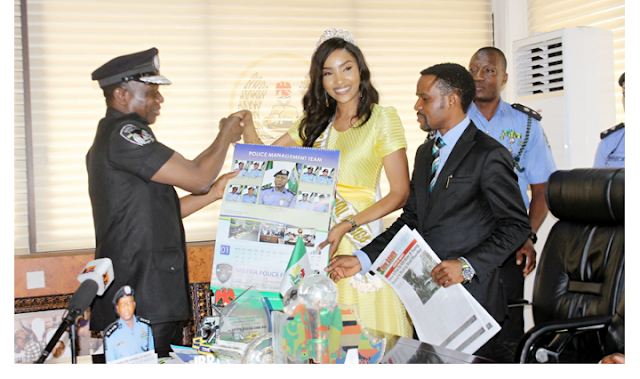 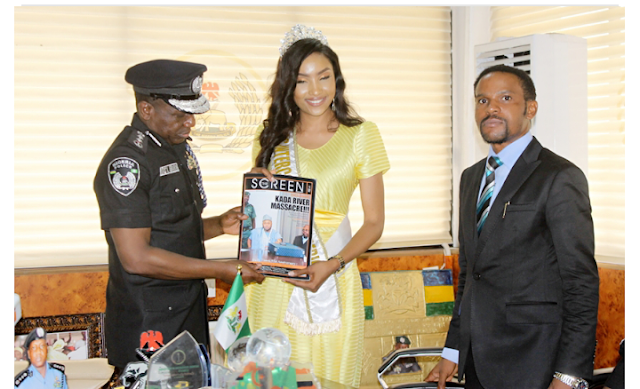 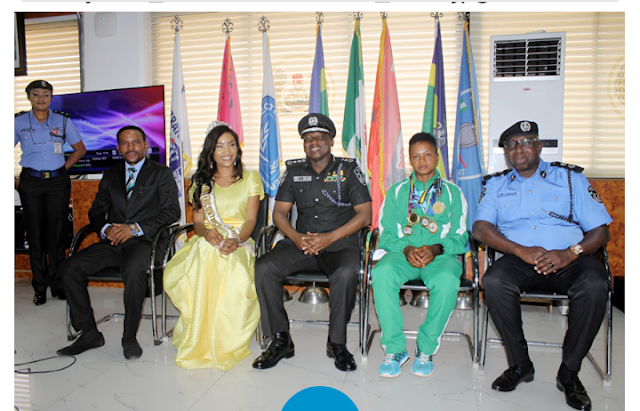 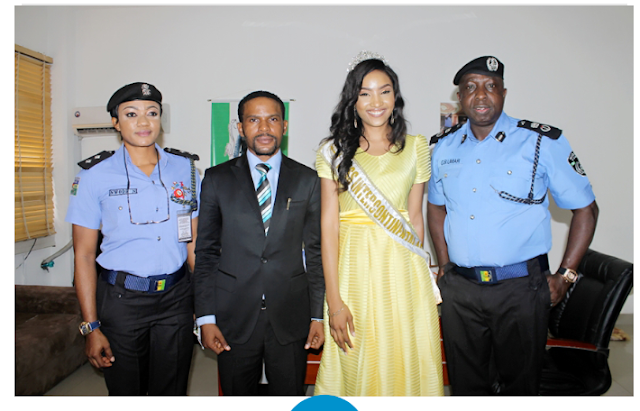 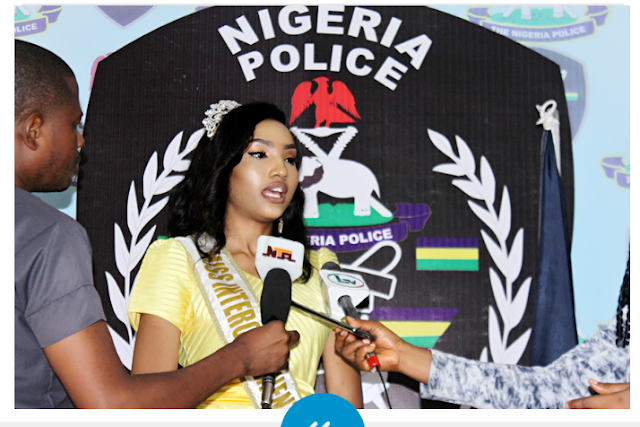