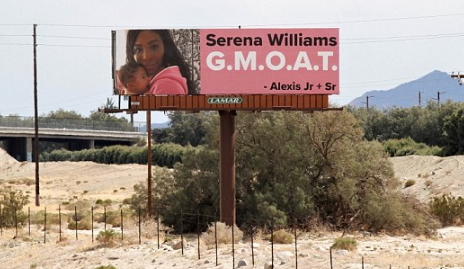 And the tennis pro’s husband Alexis Ohanian surprised her with four billboards alongside the 1-10 freeway into Palm Springs days before the tournament’s kickoff.

The billboards, which read ‘Greatest Momma Of All Time,’ also featured oversized images of their five month-old daughter with 36-year-old Serena, 36.

The incredibly sweet tribute was seen by Serena as she made her way to the 2018 BNP Paribas Open in Indian Wells, California.

The first AdQuick Billboard featured their daughter staring straight at the camera with the word ‘Greatest.’

The second one had the text ‘Momma’ next to a picture of Serena cradling Alexis in her arms. 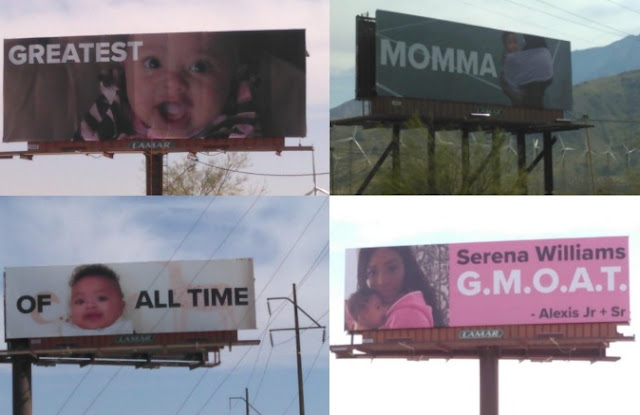 The third billboard had ‘Of All Time’ emblazoned on it with an adorable picture of their daughter.

The final and fourth one featured the tennis champion looking at the camera as she held their baby with the message: ‘Serena Williams G.M.O.A.T. – Alexis Jr and Sr.’

The BNP Paribas Open is her first event in the WTA Tour circuit since welcoming Alexis. The tournament kicks off on March 5 in Indian Wells.

Photos: Beauty Queen Unveiled As NPF Ambassador
Dbanj To Nigerian Youths: Fame Will Not Give You Wealth