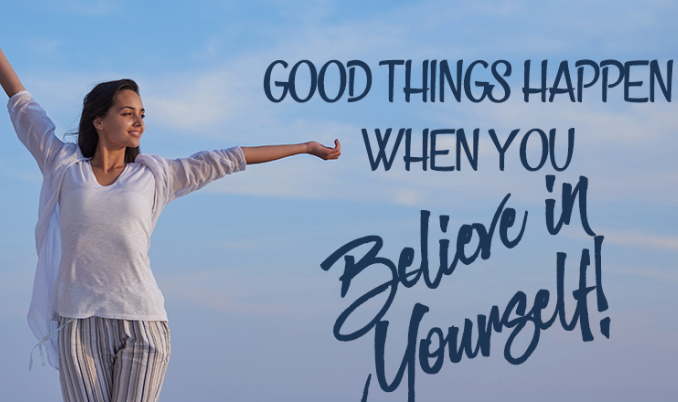 January 3rd, 2018 – Believe In Yourself! In You Lies The Seed That Can Create An Unimaginable Version Of You

Last week, we began the story of David who was awoken by a good-looking and cultured man who told him that it was time to embark on the journey into 2018. David was not ready because he felt he had not made much of 2017. The man addressed him as “His Royal Highness” but he couldn’t relate with it because he was at a particularly gloomy stage of his life.

However, the man said to him, “It is not where you live that determines your royalty. It is who you are. We are all waiting for you.”As gloomy as David’slife was 2017, the thought of journeying into 2018 was even more depressing.

Finally, David was ready to go. Soon, he found himself struggling with heavy baggage. “What are these?” The man asked. “My precious memories”, he replied. “What is in them?” The man asked again. David hesitated, and then he said “My regrets, mistakes and failures of the year. You can see I have a load of them.” “You don’t need all these!” The man said. “Can’t you see they are too heavy for you?” “Well, yes” David replied, “But I need them as companions in the New Year”.

The man spoke to him sternly, “No you don’t! What you need are the lessons you learnt from them and they are not half as heavy.” David replied the man, “We are saying the same thing aren’t we?” “No we aren’t”, the man insisted, “when you are admitted into a university for a four-year course, you write several tests, assignments, projects and examinations.

When you graduate, however, you are only handed a single ‘cardboard’ called certificate. The certificate becomes the testimonial of your learning, not a heap of test and examination scripts. Your experience is in you and not in your baggage.”

Out of frustration, David shouted at the man, “Who are you anyway and why won’t you leave me to my life?” The man’s reply shocked him like a bucket of ice water on a snowy day. He said, “I am you at the end of the coming year. I am all you can become if you try.

I am your destiny if only you can see it. There is a great difference between what you are and what you can become if you don’t give up. I won’t leave you to your life because it is mine too.

If you don’t venture out, I will never exist. If you don’t become me, the world would have lost a leader. You think your decisions are yours alone but you are wrong; generations will pay for your action or inaction.”

Overwhelmed, David asked the man, “If I am you, and you are obviously superior to me, why do you honour me so much and call me ‘Your Highness’? The man replied with so much love, “I honour you because in you lies the seed that can create me.

I will become the reward for the sacrifices you will make. Your Highness, the future awaits you!”

It doesn’t matter who you are right now, in you is the seed that can create an unimaginable version of you by then end of the coming year.

Enter the year with excitement. Your greatness awaits you. I look forward to reading your stories of great successes and your comments.

Continue Reading
You may also like...
Related Topics:believe, yourself