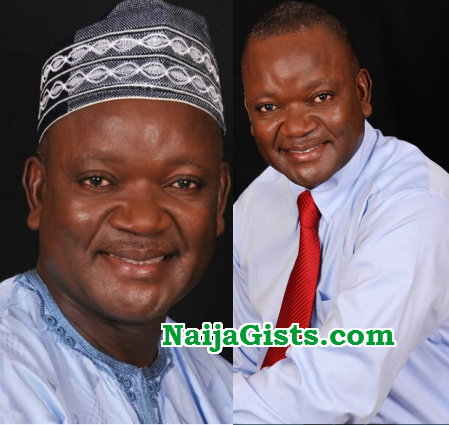 Yesterday, Samuel Ortom, the Governor of Benue State shared his testimony at the annual convention of the Redeemed Christian Church of God.

Ortom who claims that he is now a born again Christian attributed his governorship election victory to the GO of RCCG, Pastor Adeboye.

“My name is Samuel Ortom. I am from Benue Province 1 Mega Parish, Makurdi. My wife and I are workers in the church. My testimony is that in 1979, I dropped out of school in Form Two but at the same time, I met the All-Sufficient God, and that was the turning-point in my life.

“Today, through tutorials and distant learning, I have a PhD. And by the grace of God, I started work as a motor park tout. By the grace of God, I went through all kinds of leadership positions at the local government level, state and at the federal levels. I was the Minister of Industry, Trade and Investment, and at a point, the supervising Minister of Aviation.”

He said after the resignation of his ministerial appointment, “I met our daddy in the Lord (Adeboye) and told him my intention, he prayed for me and I remember his last words were: ‘God, give me a testimony that on May 29, 2015, my son will be sworn in as governor of Benue State.’

“After passing through various trials, each time I met him (Adeboye), he told me that it shall be well. Today, it is well; I am the Governor of Benue State.”