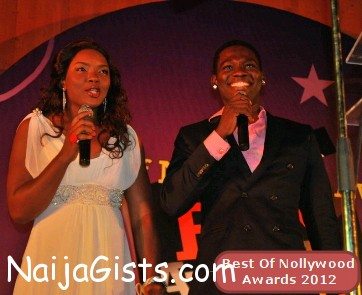 Best Of Nollywood Awards (BON) for 2012 which is scheduled to take place in Lagos, Nigeria in few months time has nominated popular Nollywood movies stars like Funke Akindele, Tonto Dikeh, Van Vicker and others. naijagists.com

Other Nigerian movie stars nominated for this year’s award include Wale Ojo, Joseph Benjamin among others.

BON Awards organisers in an interview with Nollywood Reel said they might likely use Mercy Aigbe & Nonso Diobi as the host for this year’s award.