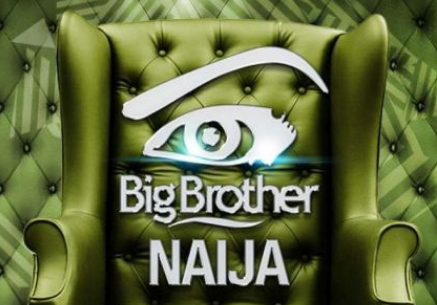 I am perhaps getting a bit too old to remain plugged into pop culture. Except in a few instances, today’s music does not interest me. I am, however, not that set in my ways to say today’s music is all garbage. Even while growing up and in era ceaselessly advertised as representing chaste tastes, I heard music (lyrics, more like), that went against the grain, heavily so.

Tastes do not stay the same eternally. We have no option, but to accept that. It is exactly why I am moved to challenge the view that Big Brother Naija (BBN for short) is show without benefits. Looked at carefully enough, it offers benefits, which we fail to see, most likely, because we already harbor prefabricated notions that blind us to modern realities.

It verges on the spectacularly hyperbolic to claim that a show so feverishly followed by millions has no single benefit. If we could calm down a bit, we would see that there are economic, psychological and social benefits. The economic benefits, it has to be stated, are not enjoyed exclusively by the creators of the show or sponsors, but also by the housemates and others involved in the production.

Not many Nigerian would sniff at an opportunity to walk away with N25million and a brand new SUV, which BBN is offering to the eventual winner. Not many. Similarly, not many are going to pass up a chance to have whatever skills they have advertised to a continent-wide audience and establish business contacts they otherwise would not without the exposure that the show provides. BBN housemates have been known to become very popular within a very short period of time and kick on from there, notably in showbiz.

Nobody familiar with the showbiz scene in the country could claim not to know who Uti Unachukwu is. Post-BBN, he has built a successful career as an actor and television personality. Could this have happened without BBN? Of course, it could have. Did BBN provide a launch pad? You bet. Bisola Aiyeola, first runner-up on BBN 2, has also enjoyed boost in her acting career since participating in the second edition of the show, starring in movies and television shows such as Glimpse, Ovy’s Voice, Picture Perfect, Skinny Girl In Transit Season 4 and Life of A Nigerian Couple Season 2. Soma, the first evictee from BBN 2, made his acting debut on the hit television show, Jenifa’s Diary.

What BBN has done, essentially, is to show us that ordinary people can become celebrities and big stars in their own right, status they probably would have had difficulty attaining without the exposure the show offers by bringing their talents and personality to a wider audience, which appreciates them.

Another factor ignored in our blind rage is the show’s capacity to address social issues. Bisola Aiyeola (sorry to mention her again) attended the 72ndUnited Nations General Assembly in New York as an Ambassador of One Campaign Initiative, which advocates improvement of access to and quality of education for girls in Nigeria, especially in the Northern states. She was chosen on account of her presentation on BBN, which highlighted impediments to girl-child education in the country. Since her participation in BBN, she has appeared in a number of television commercials and by any definition, she is a celebrity.

We remain obdurate in our view that BBN has no value without asking why it is feverishly followed and provokes discussions on end. We ignore the fact that people have varied tastes and some may prefer reality shows to other TV programmes. Many of us have the habit of listening to news. Similarly, there are people who love to kill their time by watching other things. Can we let them enjoy such full freedom? Young people seem to derive great enjoyment from watching BBN because they find it easier to relate to than the “turgid” stuff others want. I follow football passionately, but I have friends who do not. They probably think that my passion for the game is a wasteful expense of time. However, they have been civil enough to keep their opinions to themselves. I have also not bothered to ask why they do not like the game-each person to his own.

Many people find BBN and other reality shows a relief from the protracted serials, which depict struggles of people. We must understand that many viewers prefer to have fun, not crying or being upset by watching serials. For such category, BBN is a blessing.

I doubt if there is still a huge audience for protest music like we used to have. Protest music and other art forms have their place. But many of today’s people would rather not invest their time in such. They want lyrics talking about partying, generally having a good time and taking their minds off the sufficiently punishing demands of daily existence. They are entitled to such, just as those who cannot have enough of Bob Marley and Peter Tosh are.

I understand the complaint that there are things some people find distasteful. Even then, are we forced to watch? No. Do kids have to watch? No. We can block the channel showing BBN if we do not want to watch or we do not want our children to watch. Yes. Can we say the internet has no benefit because it provides access to the good, the bad and downright grotesque? We all know the answer to that.

About the author: Shadrach I Tanimola, an artist, writes from Ibadan

Continue Reading
You may also like...
Related Topics:big, Brother, naija