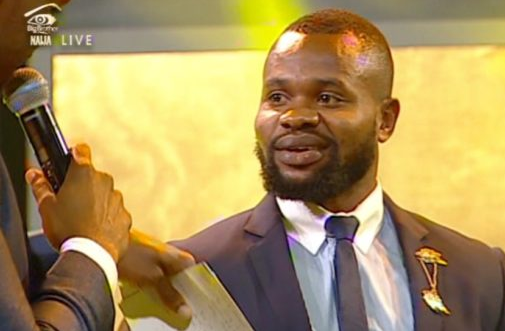 March 8, 2017 – Big Brother Nigeria, BBNaija Is A Secret Cult, Kemen Was Evicted Because He Threatened To Expose Their Secret – Conspiracist

A fan of Kemen has come up with a conspiracy theory that indicated that the controversial Big Brother Nigeria show might be a secret cult.

The fan named Ogechi Jaiyesimi alleged that Kemen was evicted from the house because he at some point threatened to expose BBN secret to the outside world.

Oge alleged that Kemen was let go because they saw him as a threat to the secrecy of the organisation.

See part of the conspiracy theory Oge shared below: 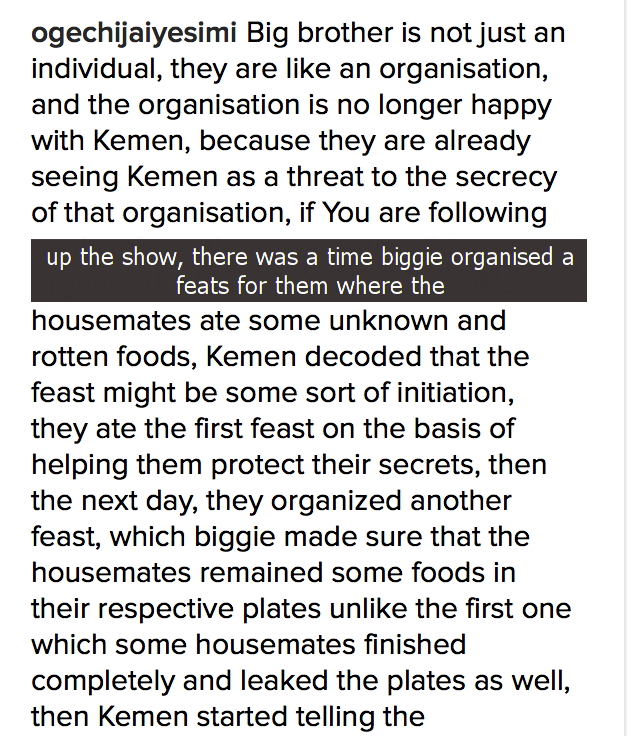 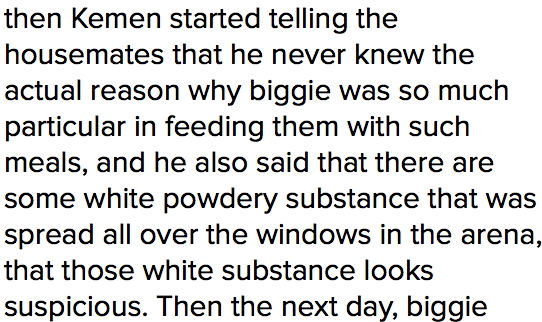 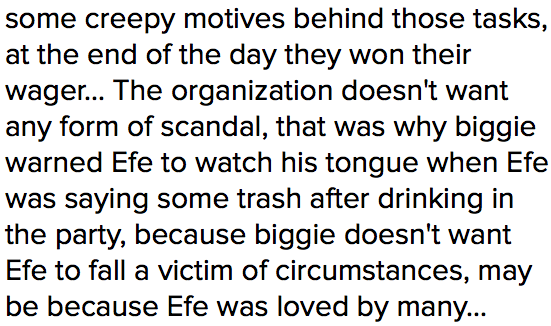 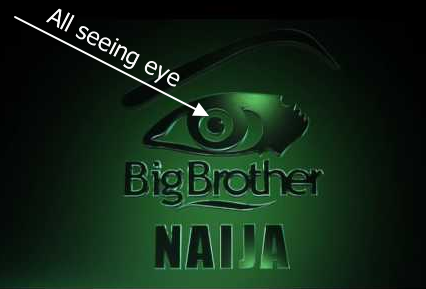 If you take a look at the BBNaija logo above, you will see the all seeing eye in the middle.

The all seeing eye is a popular Illuminati symbol… This speaks volume about the aim of this organisation.

This explains why there are a lot of immoral stuffs on the show. #end time thingz