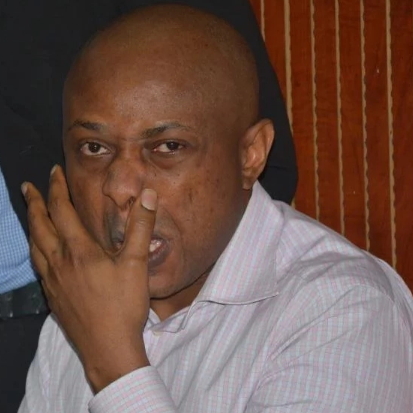 Billionaire Kidnapper Evans Repents Of Sin, Becomes A Pastor..Promises God To Be An Agent Of Change In Prison

Onwuamadike Chukwudumeme, the billionaire kidnapper whose secret sin was exposed after Police arrested him at his home in Magodo Lagos few weeks ago has made a covenant with God.

The 52-year-old criminal revealed yesterday that he has promised God he would not lie again.

The kidnapper who pleaded guilty to some charges earlier this week, is now a changed man and is hoping he is given a second chance to live right.

“I already have a covenant with God. If police take me to court, I told God that I will not tell lies against the police or victims.

“I promise to tell the court the truth about any crime that I am guilty of. Please, people of Nigeria should forgive me.

“I just believe in God for a miracle.

“I will serve God all my life. I also promised the police that I will help them to fight crime”.

Evans told the Sun that he had already become a pastor, and that he never meant to kill anyone in his criminal endeavours.

“The only time that someone died (during his operations) was during the attempted kidnap of the chairman of The Young Shall Grow Motors.

“During that operation, we were attacked and there was exchange of gunshots. They shot at us and my gang members shot back at them. It was in the morning that I heard that one inspector and the driver who drove the Young Shall Grow chairman died.

“It was an unfortunate incident. I have totally regretted everything about crime. It does not pay. I keep telling people to learn from my story. Crime does not pay. Everything I acquired all these years are gone just in a day. I will be an agent of change in prison.”