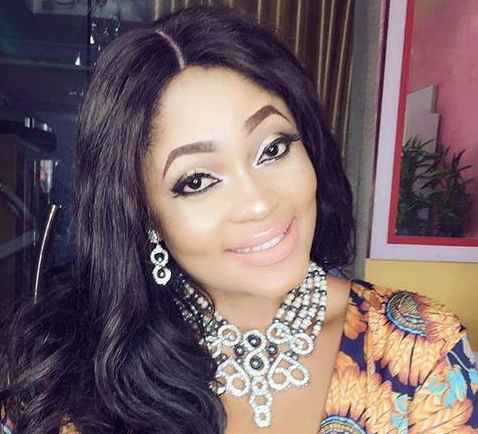 I hail from Remo, Ogun State, but I grew up in Fadeyi, Lagos. I am from a polygamous home, and I am the last of my mother’s five children. My mother raised us single-handedly because she lived apart from my dad.

I studied Communication Arts at the Lagos State University, Ojo. I interned at LTV8 and learnt a lot about journalism there. I would have become a newscaster, but the love and passion I developed for acting made me pursue a career in acting. Incidentally, my father used to be an actor with the Awarawa Theatre Group. He performed alongside people like Jide Kosoko.

I began my acting career in 2006 under the tutelage of Ray Eyiwunmi Organisation. Even though my mother never wanted me to become an actress, my father supported me when I made my intention to become an actress known. With time, I was able to convince her that I would do well as an actress. Lasun Ray Eyiwunmi was the first person who believed in me and I remain grateful to him.

The first movie I acted in was Oro Oka, but the movie that shot me to limelight was Tolani Osinrin. I have also appeared in several movies such as Star Boy, Temi Yemi, among others.

I have produced eight movies so far including Ife si were, Folashade, Ore, Omo Butty, Aturota, among others. I used to produce one movie per year but I have not done so in the past three years, because of the problem of piracy. It is killing Nollywood and I don’t want to do a sub-standard job. The state of the economy is also not helping matters, considering the fact that we spend a lot of money in shooting movies. Because of that, producers have to cut cost, and I am not ready to do that.

While I was with Ray Eyiwunmi Organisation, I learnt that the show must always go on no matter what happens. As an actor, you must be focused and disciplined. Before getting into the industry, I was temperamental but I have since learnt how to be patient and take whatever comes my way. Back then, we were also taught that you must be able to undress anywhere and change into costumes because you can be called to perform anywhere and anytime. You also need to have a good body; that way you can play any role and would not feel bad about undressing when there is a need to do so.

I prefer to focus on my career, and I don’t like to discuss my personal life. However, Kunle Adegbite is a colleague and friend; that we are often seen together does not mean we are dating. Regarding the man who claimed that he slept with me; he later confessed that we have never met. That incident actually affected the way I relate with fans. Now, I am very careful about accepting gifts from male fans. Some people will offer you gifts as fans, and they will go behind your back to say something else. And you know after a fan has given you a gift, it will be difficult to snub the person.

As regards marriage, keep your fingers crossed as anything can happen at any time. My ideal man must be handsome, God-fearing and caring.