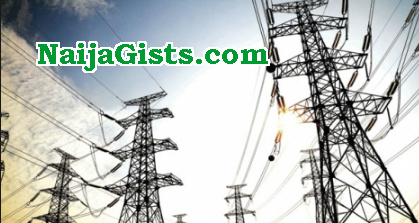 The collapse of the National Power Grid has put four Nigerian states in total darkness.

According to the Port Harcourt Electricity Distribution Company, residents of Bayelsa, Cross River, Rivers and Akwa Ibom States are currently experiencing unstable power supply because of the collapse of the National Power Grid.

PHED Spokesperson, Jonah Iboma said the grid which collapsed yesterday will affect the 4 states until something is done to it at the national level.

He added that PHED is ready to supply light to customers who are willing to pay.

Maureen Oluchi Onu Is Dead: Miss Tourism Nigeria 2016 Finalist Dies Of Acute Malaria
Dry Kara River: Lagos Warns Residents To Stay Away As River Could Open Up At Any Time