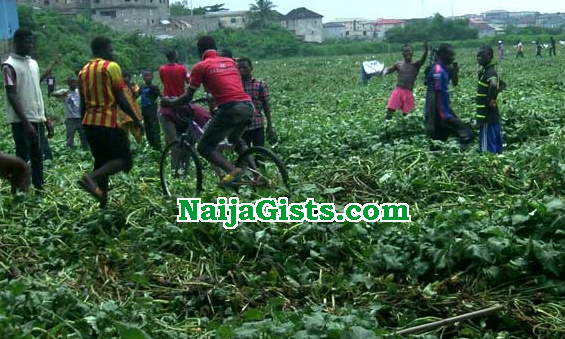 June 20, 2016 – Ogun River: Lagos Warns Residents To Stay Away As River Could Open Up & Swallow Them

LASG has warned residents to keep off the Ogun River, near the Kara Cattle Market which was recently blocked by vegetation, saying that the river could open up at any time with dire consequences.

Last weekend, the river was taken over by vegetation, caused by a heavy storm, which created a compacted layer over the river.

Residents in the area were stunned by the incident and turned the area to a tourist site of some sort, with some residents seen walking on the blocked river and taking pictures.