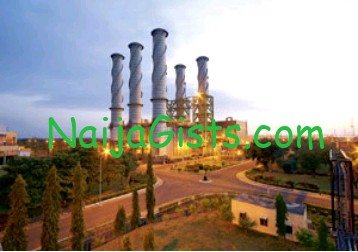 Serious blackout looms in most part of the Nigeria as three out of the six turbines of 220 mega watts (MW) each in Egbin Hydro power plants collapsed on Thursday.

When the Nigerian Tribune visited the premises of Egbin power plant in Ijede, a suburb of Lagos State, on Thursday, it was learnt that two units of the largest hydro power plant in Lagos had collapsed.

Egbin power plant has capacity to generate 1320MW when operating at full capacity, but now it is generating below installed capacity at about 660MW.

The Chief Executive Officer of Egbin Hydro power plant, Mr Mike Uzoigwe, told Nigerian Tribune on telephone that he could not entertain calls because of an emergency at hand.

According to him, “there is an emergency that requires urgent attention. I am sorry I cannot attend to you now, but you can call me later.”

But a staff of the power plant who declined to give her name confirmed the incidents. According to her, “before now, we have five units working optimally, the sixth unit is undergoing some rehabilitation. Due to significant drop in water level at the dams, two units collapsed this morning, leaving only three working.”

However, when the Nigerian Tribune inquired from a source at the Transmission Company of Nigeria (TCN) who preferred anonymity, he blamed the drop in power supply on drop in water level at the dams, system collapse, inadequate capacity and lack of needed infrastructure.

He explained that the problem is multifaceted.

According to him, “if you are familiar with the trend, you would have observed that during this period of each year, we usually experience this drop in power supply because of drop in water level.

“Unlike before when we had rainfall at its peak, you will experience greater output. So, power generation has dropped below 4000MW as we speak.

“There is breakdown of some TCN infrastructure as well which affects supply to distribution companies (Discos). The customers have direct interface with the Discos, but when they do not have enough supply from TCN to distribute to customers, then, there is a problem.

“We are not happy at the situation because it is affecting our image and we are suffering loss of revenue as well. But the engineers are working hard to resolve the problem at the TCN end. We are very sorry for this because we cannot give what we do not have,” he said. (source)