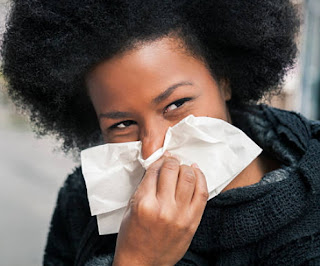 Doctors in UK today warned people to stop blocking their nose and mouth when sneezing after a 34-year-old man ruptured his throat in a case that initially baffled experts.

The “previously fit and well” man was examined by emergency doctors after he reported painful swallowing and changes to his voice following a forceful sneeze, the doctors wrote in the British Medical Journal publication BMJ Case Reports published Monday.

“He described a popping sensation in his neck and some bilateral neck swelling after he tried to halt a sneeze by pinching the nose and holding his mouth closed,” said the experts at the University Hospital of Leicester NHS Trust.

Ear, nose and throat specialists looked for signs of external injury and ruled out the possibility that he had eaten something sharp, before establishing that a sneeze was the cause of his condition.

“Halting [a] sneeze via blocking nostrils and mouth is a dangerous manoeuvre and should be avoided,” the doctors said.

They warned that suppressing a sneeze in this way could lead to “numerous complications” such as pneumomediastinum, caused by the forcing of air into cavities around the heart and other organs, perforation of an eardrum and even cerebral aneurysm.

Cerebral aneurysm also known as brain aneurysm, is a cerebrovascular disorder in which weakness in the wall of a cerebral artery or vein causes a localised dilation or ballooning of the blood vessel.