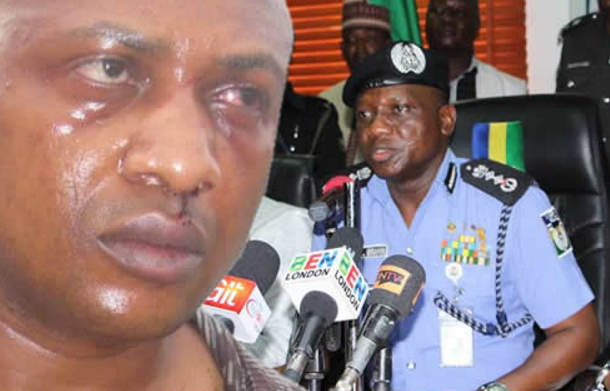 Evans had in June last year filed the suit to challenge his detention for 11 days “without charge.”

The kidnap kingpin also alleged that he was subjected to media trial during his arrest.

For his alleged unlawful detention, he asked the court to award N300m damages against the police.

However, the police through its counsel, Emmanuel Eze, urged court to discountenance Evans’ application and dismiss same accordingly, for lacking in merit, “as no infraction was committed as claimed by the kidnapper.”

Delivering judgment, Justice Anka held that in the circumstances of the case, Evans could not rely on Section 35 and 36 of the Constitution.

The judge ruled that the decision of the police to detain Evans from June 10 to 22 was reasonable, as they had an order to detain him for 90 days.

On the media trial, the judge said there was no law that stops the media from carrying out their constitutional duty.

Justice Anka said: “This case does not succeed and is accordingly dismissed. All parties have the right of appeal.”