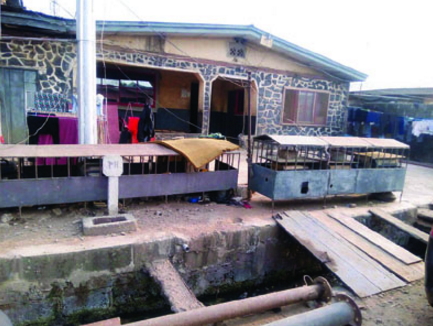 A woman accused of engaging in extra marital affairs has been arrested by the police for injuring her husband.

The suspect was packing her belongings from her matrimonial home in Mafoluku area of Oshodi Lagos when a violent fight ensued.

Her hubby, a white garment prophet was said to have run home to stop his wife from packing out when one of his children notified him.

On getting home, he insisted that she should drop the keys of a car he bought for her in 2016 but she refused.

In the melee, she hit him on the head with a stool.

The victim who was covered in blood rushed to Makinde Police station to report the incident.

Here is what the last child of the couple said:

Eyewitnesses said the victim is fond of accusing his wife of infidelity.