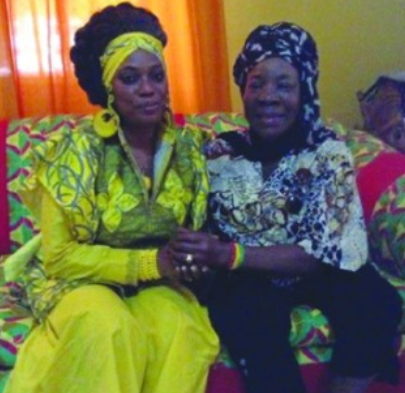 Rita, the wife of late reggae musician, Bob Marley is set to visit Nigeria for the upcoming Felabration 2013 festival.

According to P.M News, Rita will be coming to Lagos, Nigeria as a special guest speaker at this year’s Felabration Symposium in October. She will be sharing her thoughts on the symposium topic: ‘Movement of The People: The Fela-Bob Marley Perspective.’

Mrs Marley gave her consent during a meeting in Ghana with Yeni Kuti, founder of the Felabration brand and Theo Lawson, Chairman, Felabration Organising Committee.

Remarkably both Fela and Bob Marley never shared a common stage throughout their playing lives despite the mutual respect they had for each other. They both popularised the theme “Movement of The People” in their various works. While Fela’s political party was called Movement Of The People, MOP, he also waxed a hit tune that goes by that same title.

Bob Marley on the other hand, also had a hit album titled Exodus: Movement of Jah People.

This year’s Felabration’s theme is aimed at rekindling the people-oriented messages these two iconic figures promoted in their days.

Meanwhile, one of Marley’s superstar sons has been billed as one of the surprise acts that will perform during this year’s week-long Felabration.

The reggae star has agreed with the Felabration organisers to break out of his current global tour to be at the festival as a mark of honour for the late Afrobeat legend.

He will be sharing the stage at some point during the Festival with Afro beat king Femi Kuti, and his younger brother, Seun alongside FELA’s Egypt ’80 Band.

This year’s Felabration will run through 14 and 20 October, beginning effectively with the symposium.