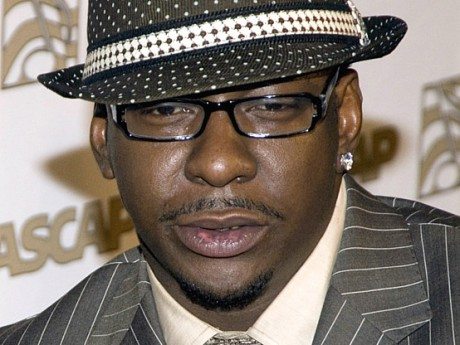 Foremost 80’s boy band, New Edition, headlined by Bobby Brown (former husband of recently deceased singer, Whitney Houston) is set to bring the dreams of their Nigerian fans to reality as they are concluding plans to perform in the country for the first time ever. naijagists.com

This was confirmed by the R&B singer himself in an audio statement released on Monday February 20, 2012, where he assured of his group’s involvement in a two-city concert organised by R28 Events.

‘We’ll be rocking the stage live in Nigeria live on March 9 and 11. Don’t you dare miss it’, Brown, who had earlier cancelled performance engagements following his ex-wife’s death, assured fans.

‘He’s been off the stage since Whitney passed. He’s cancelled his gigs with New Edition and it’s likely he’ll take the rest of the month off. But he plans to be back in March; he’s looking forward to coming to Africa and sharing the vibe with New Edition fans there‘, a source told us today.

Brown had been under the heat, following Whitney’s death last week; with many blaming him for the mishaps that wrecked her career and ultimately her life. Last weekend, Brown stormed out of his ex-wife’s funeral following arguments over seating arrangement. While the criticisms increase, those close to him say he’s ‘broken and down’; having lost both parents and his ex-wife in quick succession. ‘He’s been through a lot for one man. All he needs right now is strength to live through this difficult period, and the wisdom to guide his daughter through it all‘

Brown himself said as much in a statement he issued shortly after leaving Whitney’s funeral service last Saturday.

Nigerians say they’re looking forward to his coming; hoping to experience the iconic singer that had a hairstyle named after him in the 80s and 90s; hoping to relive the good old days of New Edition and, as some say, hoping to get the icing on the cake: special Whitney cuts, memories, mementoes and tributes Bobby Brown and his team are sure to deliver.

The big-budget concerts, scheduled to hold in Lagos and Port Harcourt will be co-headlined by iconic pop act 2face Idibia. Other performers are Banky W, Duncan Mighty, Modenine, and eLDee.

‘Music fans who appreciate the quality of good musical performances will be thrilled by the collection of the finest musicians we are putting together, this is a concert you don’t want to miss’, said Gbolahan Balogun of R28 Events in a statement released today.

The Lagos and Port Harcourt concerts will be dedicated to Bobby’s ex-wife Whitney Houston who passed on February 11. 2012.

This is the first time Bobby Brown and New Edition will be performing in Africa.