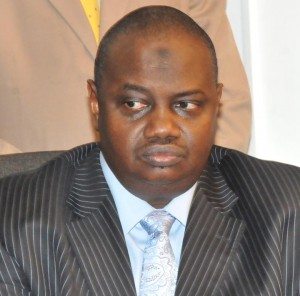 Just 1 month after Ibrahim Larmorde took over as Chairman of the EFCC, the commission has unearthed a suspected financial crime perpetrated by Alhaji Ibrahim Tumsa, the Director of Finance and Account of the Federal Ministry of Works, Abuja .

The EFCC, reacting to a petition against the Director last year in which he was accused of using fraudulent means to enrich himself, discovered in the course of investigation that the civil servant has acquired businesses and properties valued at several billions of naira, some of which were as listed:

With these finding which arose from the petition which was accompanied with pictures of these properties, the EFCC summoned the Director to their Abuja office for questioning and possibly prosecution. This is coming on the heels of the current probe of the subsidy fraud that has rocked the downstream sector of the petroleum industry.It is further proof why the anti-graft agencies in the country should beam their searchlight on different government ministries and parastatals as it is believed that 90 per cent of the fraud being committed in the country are by civil servants.

According to global news investigation, the EFCC may have to invite the younger brother of Alhaji Tumsa for questioning, as he’s believed to be the one fronting for his brother as the head of all his ill-gotten investments. All efforts to get information on the matter from the image maker of the commission proved abortive as he was said to be out of the office when we called.

A similar source informed us that the case has come to the notice of the Presidency, which has ordered that a thorough investigation be conducted into the case and if Tumsa is found culpable, the commission should make sure he faces the full weight of the law to serve as a deterrent to others.

Bobby Brown is Coming to Lagos and Port Harcourt, Nigeria
How Governor Amosun Ruined Ogun State Within A Year