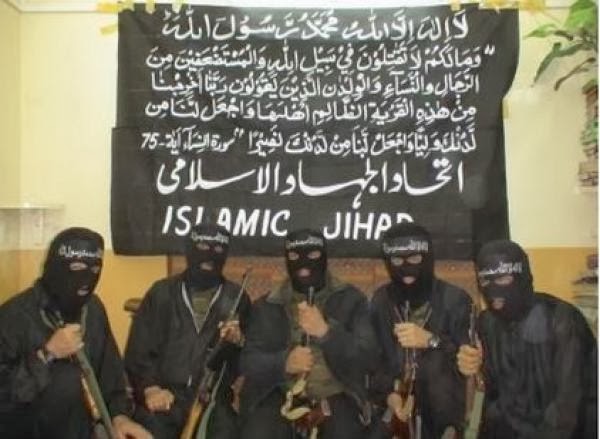 Have you seen the Nigeria Security Tracker, NST? It is free to view online on the CFR (Council of Foreign Relations) US think-tank website. [Link: https://www.cfr.org/nigeria/nigeria-security-tracker/p29483] In fact I think it is the only tracker on the website. Simply visit the home page and type “tracker” in the search box and it will pop up. You see, the US is tracking this cesspool. I am not sure the Nigerian government is counting the deaths; but folks in the US sure are, and based upon the trends they have projected where we are headed.

I have been following this tracker for a while now. In May last year, when I contributed to an article that prompted the President to declare a state of emergency in the northeastern states, Nigeria at the time had under 8000 deaths. Today, with the war against Boko that has been waged with half commitment and missing finance, and with the freedom of Fulani marauders and their Tiv counterparts to kill each other legally, we are at about double that, 15,000 deaths from violence.

Ex-president Obasanjo wrote a letter to the current President, ‘before it is too late.’ It is too late. Someone recently commented on Facebook that he was seriously tired, Nigeria had a new drama every week. I think it is more like a new drama every day, some days two new dramas. Between Yesterday and today, there were two headlines of missing billions. Two days ago there was one about some N24bn pension funds missing which Minister of the economy said she found yesterday, and just when she said she found it, in the Punch today, a new missing billions headline popped up: ‘Reps uncover fresh missing N35bn.’

Nigeria is still searching for $20-$127 billion oil money missing, exposed by fired whistleblower Sanusi Lamido Sanusi, the former CBN governor who was also accused by the President, after he exposed the NNPC missing billions of dollars, of having lost a couple of billions of naira. The Berne declaration case late last year of $7 billion which is stolen by Nigerian government middle men pals dealing with Swiss oil barons is still pending and so is the 139 page 2012 FGN probe report of billions looted in exchange oil sale rate shortchanging, with $29 billion losses from selling gas below the cost, $6 billion a year losses from crude theft, and other things the Jonathan ordered probe exposed. Then we have Malabu oil scam—whatever that is, the kerosene subsidy fraud which peels the nation of about $5 million dollars a day, the fuel subsidy fraud cases and culprits still pending. Let’s just cut that there.

But the financial corruption terror the nation faces is half of it, though perhaps the reason why the nation suffers from and has these record deaths. Money for security is stolen; money stolen finances insecurity and terror. Nigeria is a wreck under a reckless regime ruling recklessly. There are incessant killings in the Middle Belt. Fulani kill at will with absolute impunity. Cattle rustlers steal cattle and kill Fulani in return. Benue, Katsina, Adamawa. Everywhere is war. People carry guns and petrol kegs about to kill and burn homes freely. There is no law. 113 killed in Katsina, 50 in Yobe… Escape Boko bombs in the north east, escape the massacres in the Middle belt and settle south to be kidnapped in Bayelsa, the President’s own home state where his foster dad was kidnapped for 17 days. Where commissioners families are kidnapped. Where just today, SaharaReporters reported that another of the President’s family members luckily escaped kidnap after a hot chase. Where today, SaharaReporters again reported that an Agip vessel just got attacked by Pirates and had its crew kidnapped.

It is a drama a day. I don’t think we still have a country. Perhaps we should call for the nation to be colonized again. We have failed. Jonathan has crowned the failure. Back in the day when the politicians failed this way, the military took over with the intention to save the day. It’s like a Russian roulette. Sometimes we get good. We need a new spin, perhaps we can get a savior, a bullet in the barrel. Things have changed now. It is not the old patriotic-intending military any more. The military are fat.

Nigeria flows rivers of blood and celebrates thieves. All the thieves who have stolen billions walk free and the dead ones who cannot walk and fly in private jets anymore get national awards. Not a single sponsor of terror has been jailed nor has a single government thief, rather ex-killers and thieves have been freed. Without justice, there can never be peace. This nation needs a change fast. No one steers the boat. The only ‘progress’ we record is looting and privatization and new private jets. We had a few ok leaders in the past. Buhari/Idiagbon, Murtala, even Yar’Adua was decent. But today we have a leader who is a chip from the Abacha/Babangida thief and dictator block. His cabinet is filled with their boys and he has shown that dead dictator Abacha is his mentor. Nigeria is in soup! Blood-soup!

Some people don’t see this calamity, the state of anarchy. They are yet alive after all. 113 people in Katsina yesterday understood what I am wailing about. May it not be us tomorrow. Is there not a brave Nigerian youth to seize the day? A brave person, a miracle worker, a miracle nation, anybody, civilian or soldier?

I wonder why the CFR Nigeria violent death tracker, NST, started monitoring since exactly when Jonathan resumed office. There must be something they know. God (or use someone to) help us.

12 thoughts on “Boko Haram: 15,000 Violent Deaths Since Jonathan Took Over By Dr. Brimah”