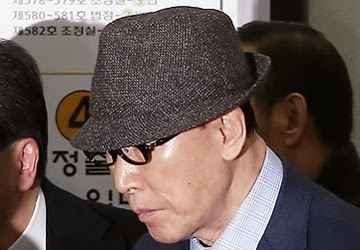 The fall of supposed men and women of God is not a new phenomenon.  Even the Holy Bible has records of such: Adam, Moses, Judas Iscariot were examples. In contemporary times, we have had about the humpty-dumpty fall of some great men of God. In July 1986,  Marvin Gorman, pastor of the 5,000-member First Assembly of God Church in New Orleans confessed to an adulterous relationship.  In 1987, it was American preacher, Jim Bakker, whose illicit affair with his secretary was exposed. In 1988, it was the turn of a world renowned televangelist, Jimmy Swaggart,who admitted before his congregation to have patronised prostitutes. As a punishment, the elders of his Assemblies of God Church slammed him with a three-month suspension from his U.S. pulpit, and a two-year rehabilitation period.

In 2006, another revered man of God, Tedd Haggard, admitted to being a bisexual.  Haggard, a  former president of the National Association of Evangelicals in the United States of America  confirmed that it was  “fundamentally true”  that he engaged in an inappropriate relationship with a 20-year-old male volunteer in 2006. According to CNN report of the incident, “Controversy involving Haggard first erupted in November 2006, when a former prostitute, Mike Jones, said the pastor had paid him for sex over three years and had used methamphetamine in his presence.

On February 20, 2014, news filtered in that the pastor of the largest church in the world, David Yonggi Cho of Yoido Full Gospel Church, South Korea, had been found  guilty of breach of trust, corruption and tax evasion, and had been  sentenced  to three years in prison with a five-year probation and 5 billion won (US$4.67 million) in fines. The Gospel Herald quoted the 78-year-old pastor as saying that it was the hardest day of his 50 years of ministry when he heard the verdict. “Through this suffering, I’ve learned a homework. An individual shouldn’t possess anything. Besides health, status, fame, authority, money… these are all matters that are outside the body and unworthy of any pursuit.” In the same ruling, Cho’s elder son Hee-jun, the former CEO of the church-affiliated local daily Kookmin Ilbo, was sentenced to three years in prison for colluding with his father in the embezzlement scheme.

Are there lessons for Nigerian pastors from all these chronicles? Plenty!  Jimmy Swaggart’s father was quoted as saying that “It just goes to show that none of us is so high that we can’t fall, and maybe that’s what God is trying to show us with this.” This was after his son admitted to aforementioned wrongdoing in 1988. Very instructive isn’t it?

Some Nigerian pastors whom someone has described as “pastorpreneurs”  should take heed. The way some of them carry on God’s business is unworthy. Particularly, the Pentecostal pastors, they have commercialised the Gospel of Christ.  Some of them live in obscene opulence while their congregation wallow in abject poverty. These days there is no more difference between some of our pastors and the politicians. They hobnob with them. They are sponsored on pilgrimage by the government and during festive seasons they receive mindboggling gifts from government at different levels. At their fundraisers, government makes hefty donations. How then will they be able to condemn government iniquitous policies? Today, the Pentecostal Fellowship of Nigeria and the Christian Association of Nigeria have both become the religious arm of the government in power. This is unbecoming.

It is a fad nowadays to see people using money “to key into the prophesies of men of God”.  Where did they read that Jesus encourage people to throw money at His feet during his earthily sojourn? Some men of God will give a laundry list of what to provide for them before they will accede to come and preach the gospel at another church. Nigerian pastors now have bodyguards, bulletproof cars and houses. They demand tithes, prophet offering, worship offering, welfare offering, first fruit, project offering and all other innumerable offerings. It is an open secret that some of these “pastors” steal the church offerings.  From these offerings, some of them build schools and establish other line of businesses yet their goods and services are not subsidised to enable even the church members who contributed the capital for the business to afford.

One of the Pentecostal pastors told a story of how God told him to reject offering of a chief who voluntarily purchased musical instruments for his church many years ago. Am not sure God is being consulted again on which of the offerings to take or reject now as the in-thing is a rat race of who is building the biggest church or who has the largest number of congregants. Another Nigerian pastor was recently celebrated for buying a car worth N120 million in a country with about 70 per cent poverty rate? What insensitivity!

Aside from the issue of greed among some of the supposed men of God, it is also on record that some of them mislead their members in their sermons. For instance, they sometime preach against accessing Medicare urging that “Blood of Jesus”, Anointing Oil or Holy Water is enough to heal them of their infirmities. Meanwhile, these same pastors or prophets go behind the congregation to receive medical attention when sick.

Daily Mail of  January 10, 2014 reported  that a South African preacher, Pastor Lesego Daniel of Rabboni Centre Ministries, made his congregation eat grass to “be closer to God” before stamping on them. Early this month, Kenyan Daily Post reported that a Kenyan pastor, Rev. Njoh allegedly asked his female congregants to attend church services without panties or bras so “God can enter their bodies easily”.

The pastor’s reasoning was that the undergarments are “ungodly” and people need to be “free in “body and spirit” to receive Christ”. Strange doctrines aren’t they? Though these stories appear incredulous, some ignorant people still believe these fake pastors and prophets. Many homes, marriages and lives have been destroyed by these supposed ‘men and women of God”.

It is now commonplace to witness succession battle in some so-called Pentecostal churches. Some of these church leaders sue one another over who is the right successor; some others engage assassins and charms to settle scores with fellow disputants. Is this the example Jesus laid for us to follow? Am scared for the afterlife of some of our “pastorpreneurs” whose motto is “do as I say, not as I do”. Isn’t it said that example is better than precept?

I am by no means alleging that all pastors and prophets are evil or ungodly but it will seem that lack of strict regulation of the profession has made it a safe haven for all manner of riff-raffs, vagabonds and touts who lay claim to harkening to divine call when in reality they take to preaching when they couldn’t get any better employment. I heard a story that some pastors-in-training were caught cheating in a written examination meant to test their Bible Knowledge and spiritual prowess. Sad, very sad!  For the few genuine men and women of God, I urge you to remain steadfast and be careful. I leave you with the word of God in 1 Corinthians 10:12 which says: “Therefore let him who thinks he stands take heed lest he fall.”