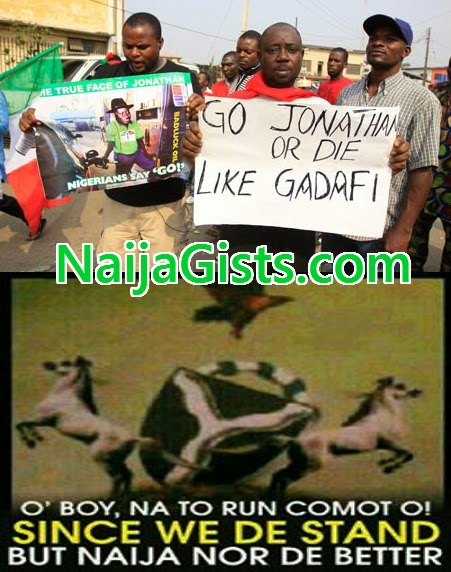 At a hundred years as a country, Nigeria has grown from birth in 1914 to a giant though somewhat under-achieving. It’s not being an easy road though. She’s being fraught with numerous challenges that it seemed almost inevitable that she wouldn’t remain as a unit. However, she has managed to overcome each challenge that came her way. Too many religious proselytes, the secret to Nigeria’s defiance over her challenges through the years has being her strong allegiance to God.
She has being a nation in the heart of God.

The nation’s quest for God isn’t farfetched. Evolving from a traditional believe system which focused on the deities of the land as objects of worship, she had since accepted new religions in Christianity, Islam and others while still holding strongly to her traditional roots. The longing for God has being fuelled by the belief in God’s capability to make possible impossible situations.

The strong link to God in everything Nigerian is characteristic of the passion and believes that the average Nigeria has about God’s ability to help in every situation. From day one, Nigerians had learnt to have faith in God’s ability to change situations. They learnt from missionaries who showed sacrifice in their life style and their ability to perform acts of the supernatural that indeed God can be trusted in everything. Today, our Christian churches have missionary outposts in almost every country of the world and our Muslim clerics are globally renowned.

But now God’s hands are at akimbo watching at his beloved Nigeria. Our religious institutions are increasing in stupendous numbers. Almost every week a new church is raised, new mosque is built and one quasi traditional man finds his talent. Our religious nature seem thirsty for more of structures and buildings, more of followers and disciples, more of miracles and healings, more of fame and vanity, more of money and wealth. We no longer look up at God. He is now the ideal iconic
being.

Today we are dazed with turbulent challenges. Ethnic wars ravage our villages, religious wars battle our northern cities, Boko Haram is having a field day annexing the country, the #bringbackourgirls
movement have failed to bring back our daughters, cult wars ravage the south, kidnappings and robbery heralds the east, politically motivated killings ravage the nuke of crannies of the nation and we wait for good result from our armed forces. There is God oh!

We have been praying for our over 200 girls in captivity. Why have we not had answers yet? Is it that all the prayers of our Christians and Muslim clerics aren’t reaching God or the prayers of our over 200 million Nigerian hasn’t reached God yet? Why does Boko Haram continue to make a mockery of our armed forces when we are praying for God to act in his fury against them? I’ll tell you why. We have grown too big for God.

Our leaders visit holy sites in Israel and Saudi Arabia. Why? To speak to God on the nation’s behalf or so they make us believe. But was it indeed for God? All the years our nation managed to break through from one conflict to another, did any leader have to pray at Jerusalem or Mecca? Since the prayers, have there being any remarkable difference?

No! God has closed his ears; he has left us to our gods, gods of money, wealth, and position.
Our leaders have made themselves gods, idols of worship to which crowds adore. They don’t even care about God in the first place. They only acknowledge God because they are trying to buy crowd affection.

They know the people want a godly leader, a hypothetical man that can never exist in the Nigerian political sphere. But the politicians won’t stop trying to fool themselves as being one.
God is now the centre of our wars. Our spiritual leaders are weapons of the politicians to buy popularity and cheap fame. There is a strong battle for who gets the attention of so and so prelate or cleric. Do the men of God even care that God may not be happy about their acts?
Not at all, provided their pockets are enriched with filthy lucre.

Those clerics who speak the truth as God tells them are butchered in cold blood. They are considered bad publicity for our politicians and we think God will be smiling at us.

Our political slogans carry phrases such as “God’s time,” “the will of God,” “God is with us, ” as a cover for the nebulous acts of our politicians.
Who are they deceiving? It is general knowledge how much of diabolic power play happens around the corridors of power. While they mention God, it is tongue in cheek.

Those days, we took problems first to God before even acting. But now we act and then only when we fail do we run to God. But God has refused to be a magician. He cannot be forced to act because of some people’s selfish interest. All that religious gatherings against Boko Haram for the #bringbackourgirls mission, has it worked? God says no.

Our nation has seen growth and prosperity of late. More millionaires have been made and more have joined the middle and rich class. Well its Good news but is it God’s news? No. it is the result of wonderful policies of our finest and world famous economist and financial
analyst. God is watching.

We are asking questions these days, what has happened to our African giant status. Our enemies have increased on every side and it seems we are doomed for a free fall. Our protective garments no longer wear us and we’ve lost our enviable status as a nation.
We now foster inanimate thoughts, propelled to bring down our own people. What we once considered as absurd are now the standards. It is now what you can get for self ahead of our collective pursuit. And we think God will stand by us?

Our army rots. It has being monetized. Those who would have loved to defend the unity of this nation are not allowed opportunity. Rather the opportunities go to those who are connected with the men of high places, who want to live forever and can’t dare give their lives for the nation. And we think God will answer us. Opportunities no longer exist for the deprived of society. Only those with big “ogas” at the top find their way up there. If you must get there, you must know the “oga.”

Our belief now is succeed at all cost however way you can get it done.
Our school systems have being inflicted with this sickness that the best no longer get opportunities for their hard work. Rather those who are not worth it get the best places. Our lecturers long to fill their pockets with the lucre from the tears of students and we think God will hear us.

Nakedness pervades our internet space, truth isn’t heralded and half-truths are celebrated. Lies get the rave and it seems normal that they are told to open doors. And we think God will hear us.

Once we had hope and the world looked with envy at our numerical strength and the quality of resources at our disposal. We were beaming with smiles that we had a collective hope in our future, a better future that would be the cynosure of all eyes. But that future has
never arrived. And it may never arrive.

Will our youths ever have a chance? Those days, our nation’s leaders were young flowing with vitality and youth, creative and propelled with courage. They were in their thirties with creative forward
looking minds. What has happened? Our youths are still leaders of tomorrow while our old ones who should be retiring are still pushing for leadership positions. When will the youth’s become leaders? There is God oh!

What happens in our land is beyond our imagination, signs that God can never be with us. Our lucky best minds find solace abroad and become gods when they return but our home grown champions struggle to find a place in a land they have struggled to keep and we think God will be smiling.

We seem to be growing with a population full of themselves, grasping titles and awards that we don’t merit, content with vain recognition meant to deceive us towards our doomed end and we smile. We are being fooled to believe that our efforts are really working. They may be working but how long?

If we must find our way back towards the path to the enviable height we once had hope of reaching, we must return to where we started from when God was Nigerian and the world knew God was Nigerian.
He still wants to associate with us as a nation, a nation too small for God.