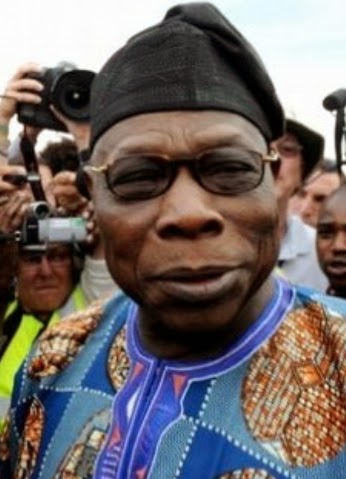 Ex-Nigerian President Obasanjo recently hold a close door meeting at his farm in Ota Ogun state Nigeria in an attempt to negotiate the release of the abducted school girls.

The meeting held last weekend at the popular farm included family members of senior Boko Haram terrorists as well as intermediaries and the former president, the source said.

“The meeting was focused on how to free the girls through negotiation,” said the source who requested anonymity, referring to the girls seized on 14 April from the remote northeastern town of Chibok, Borno state.

Reports of the talks emerged as Nigeria’s Chief of Defence Staff, Air Chief Marshal Alex Badeh, said the girls had been located while casting doubt on the prospect of rescuing them by force.

Obasanjo, who left office in 2007, has previously sought to negotiate with the insurgents, including in September 2011 after Boko Haram bombed the United Nations headquarters in Abuja.

Then, he flew to the Islamists’ base in the Borno state capital, Maiduguri, to meet relatives of former Boko Haram leader Mohammed Yusuf, who was killed in police custody in 2009.

The 2011 talks did not help stem the violence and some at the time doubted if Obasanjo was dealing with people who were legitimately capable of negotiating a ceasefire.

Spokesmen for the former head of state, who remains an influential figure in Nigerian politics, could not be reached to comment on the latest reported Boko Haram talks.

But the source told AFP that Obasanjo had voiced concern about Nigeria’s acceptance of foreign military personnel to help rescue the girls.

“He said he is worried that Nigeria’s prestige in Africa as a major continental power had been diminished” by President Goodluck Jonathan’s decision to bring in Western military help, including from the United States.

Mustapha Zanna, the lawyer who helped organise Obasanjo’s 2011 talks with Boko Haram, said he was at the former president’s home on Saturday.

But he declined to discuss whether the Chibok abductions were on the agenda.

“I was there,” he told AFP, adding that Obasanjo was interested in helping orphans and vulnerable children in Nigeria’s embattled northeast and that possible charitable work was on the agenda.

Zanna had represented Yusuf’s family in a wrongful death lawsuit filed against the government following his death in police custody.

It was not clear if Obasanjo’s weekend meeting had been sanctioned by the government.

Obasanjo, who backed Jonathan’s 2011 presidential campaign, fiercely criticised him and his record as president in a letter released to the public last December and the two are widely thought to have fallen out.

According to the source, Obasanjo supported a prisoner-for-hostage swap that would see some of the girls released in exchange for a group of Boko Haram fighters held in Nigerian custody.

As a private citizen whose ties to the presidency have been damaged, Obasanjo likely does not have the authority to negotiate any deal on the government’s behalf.

The government, which has officially ruled out a prisoner swap, sent intermediaries to meet Boko Haram in the northeast to negotiate for the girls’ release.

The source identified one of the envoys as Ahmad Salkida, a journalist with ties to Boko Haram who had been close to Yusuf before his death.

“There was contact but it was bungled by the government,” according to the source, saying Jonathan backed away from the deal after returning from a security conference in Paris earlier this month.

The conference saw Nigeria and its neighbours vow greater co-operation to tackle Boko Haram because of the potential threat to regional stability.

The chief of defence staff on Monday said that despite having located the girls, the risks of storming the area with troops in a rescue mission were too great and could prove fatal for the hostages.