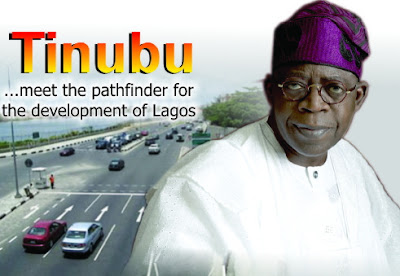 August 22, 2013 – Bola Tinubu’s Knee Surgery In America Successful – Ex-Lagos Governor Did Operation In The US

Few weeks ago, we learnt that the former Governor of Lagos state Nigeria, Bola Tinubu travelled to the United States of America for surgery but the nature of his ailment wasn’t revealed at that time.

New information coming from America revealed that the wealthy politician had a knee surgery about 3 days ago at an undisclosed hospital.

Sources who visited him at the hospital claim the surgical operation was successful.

Honourable Adeyemi Ikuforiji who was among those that visited him said Tinubu is recovering well.

He’s set to return to Nigeria anytime from now.

Continue Reading
You may also like...
Related Topics:bola tinubu knee operation america, tinubu did operation in the us, tinubu knee surgery