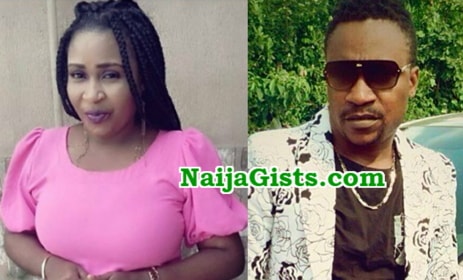 In a recent TV interview monitored by NG sources, the actress slammed rumour mongers linking her romantically to the married Ogun-based Nollywood director.

She added that Ogungbe’s wife is her close friend.

“Segun Ogungbe is my boss, he really like me when I joined acting. He saw me at one artistes’ Nite we did years back. I was on stage and he was of the opinion that this lady will be good if we face her and that was why he was using me as a lead character of his jobs but due to the fact that we always play lovers role, people started carrying the rumour that we are dating. Myself and his wife, Tinuke Ogungbe are like 5 and 6 but people don’t believe that, even when I had my babies, they were still saying the kids are for him. He is just my boss, there is nothing between us”.