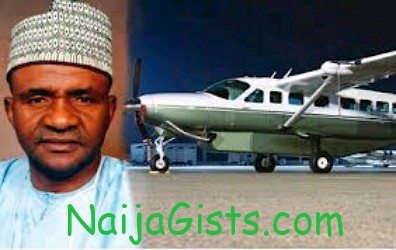 The People’s Democratic Party (PDP) is considering its options in replacing Governor Danbaba Suntai of Taraba State as it is becoming clearer he is unlikely to recover from his head injuries.

The governor, who was in a plane crash at the Yola International Airport in Adamawa two months ago, is currently in hospital in Hanover, Germany.

Several sources have told SaharaReporters that the party is working with the Presidency to find a suitable replacement for the governor.

David Mark, have all visited the ailing governor and concluded that he could never recover from brain injury to run the state.

A separate delegation led by the Speaker of the House of Representatives, Aminu Tambuwal, failed to set eyes on the governor during an attempted visit two weeks ago as he had been moved to the intensive care unit and on life support. He and his four companions could only leave a get well message with Mr. Suntai’s doctors.

SaharaReporters has also learned that last week, Mr. Suntai’s personal doctor visited Nigeria and confided in family members and friends that the governor is unlikely to recover from his head injuries anytime soon.

But as in the case of the late Nigerian president, Umaru Yar’Adua, members of Mr. Suntai’s family have pressurized state officials to engage in propaganda that the brain-damaged governor is “making dramatic” improvements and speaking by telephone to some people in the state. Party officials have contracted that, however, telling SaharaReporters that Suntai does not know the difference between day and night.

Our source said none of the state officials have visited the governor in Germany since he was airlifted from Nigeria. Other members of his government who were hurt in the air crash have left hospitals in Germany and returned to Nigeria.

On October 5, Alhaji Garba Umar was sworn in as Deputy Governor after he signed an undertaking with the governor not to run as a candidate for governor in any elections.

On November 14, the House of Assembly, invoking Section 190(2) of the Nigerian Constitution, empowered Umar to act as governor.

With the party performing poorly in many states and at the centre, the PDP is anxious not to lose Taraba to other political parties.

A source at the presidency said the party has been mandated to make formal announcements after the holiday seasons regarding the status of Mr. Suntai.

Meanwhile the acting governor appears working fully as governor already by making internal changes and putting structures in place to run the state as the defacto governor. (Source: Sahara Reporter)