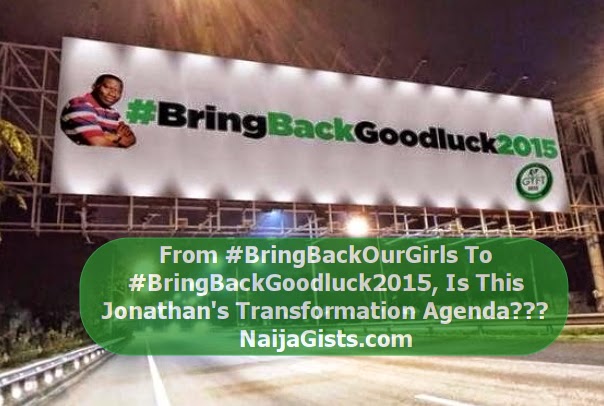 In line with his agenda to transform Nigeria in the next four years, President Goodluck Jonathan has secretly sponsored a Pro-Jonathan group tagged ‘Goodluck Initiative For Transformation’ to kick start his re-election campaign in Abuja.

The group has started an aggressive e-campaign and online promotion in order to help GEJ’s reelection next year.

Despite being accused of mocking the Chibok girls and their families, the group has not backed down on using the controversial #BringBackGoodluck2015 slogan in its campaign.

Friends, do you support Goodluck Jonathan’s relection? is it proper to use #BringBackGoodluck2015 slogan, an apparent mockery of the #bringbackourgirls campaign?